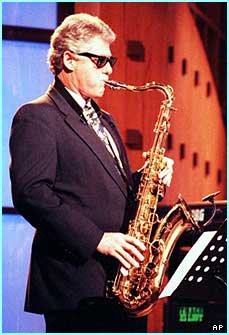 In spite of Bill Clinton's immorality and public deceit, his support for abortion and homosexuality, and other witnesses to his vile, unbelieving condition, many Christian leaders have praised him. Daniel Vestal of the Cooperative Baptist Fellowship recently described Clinton as "obviously a person of faith and a committed Christian." Ed Dobson, pastor of Calvary Church in Grand Rapids, Michigan, told Christianity Today in 1994 that Clinton is "more deeply spiritual than any president we've had in recent years."

After a meeting with the president at the White House in 1993, Jack Hayford, pastor of a Foursquare Pentecostal church and popular writer and speaker, said that he knows Clinton is a brother in Christ. After the same meeting, Roberta Hestenes, then president of Eastern College, said, "I'm absolutely convinced of his deep and sincere faith." James Dunn, then executive director of the Baptist Joint Committee on Public Affairs, told the Washington Post in 1994 that Clinton "has an intensely personal faith" and "has a Christian baseline from which he operates."

The root of America's ills is its apostate church leaders.