The Power of Satan

"To open their eyes, and to turn them from darkness to light, and from the power of Satan unto God, that they may receive forgiveness of sins, and inheritance among them which are sanctified by faith that is in me." -Acts 26:18

The Bible speaks of "The Power of Satan."  This is a very interesting phrase.  What exactly is the power of Satan?

We read in 2nd Corinthians 4:4, "In whom the god of this world hath blinded the minds of them which believe not, lest the light of the glorious gospel of Christ, who is the image of God, should shine unto them."  Satan is the evil god who is worshipped by the unsaved world.  The Word of God reveals that Satan BLINDS unsaved people, i.e., those who believe not.  This is accomplished through secular wisdom, false religion, evolution, and manmade traditions.  Mankind is born into darkness, i.e., void of the truth.  Satan works relentlessly to ensure that people remain in darkness, "...then cometh the devil, and taketh away the word out of their hearts, lest they should believe and be saved" (Luke 8:12).  How does Satan REMOVE the Word of God from people's hearts?  Many ways!  Satan corrupts the Word of God.  Satan tries to discredit Christianity.  Satan introduces fake manuscripts as God's Word.  Satan changes the truth into a lie.  In all of this, Satan has succeeded in confusing the masses.  Just as Satan caused Eve to QUESTION God's Word in Genesis 3:1-6, so does Satan shake people's faith in the Bible today.  Satan uses secular wisdom, false religion, evolution, and manmade traditions to deceive people.  Satan would have NO power if it were not for the sinfulness of mankind.

Satan's power is rooted in man's lust, greed, willful ignorance, covetousness, and rebellion.  Tragically, most people go to Hell (Matthew 7:14).  Mathew 7:15 tells us why... "Beware of false prophets, which come to you in sheep's clothing, but inwardly they are ravening wolves."  Although some people wholeheartedly follow Satan (such as Marilyn Manson), most people sincerely believe they are pleasing God by following Satan (i.e., the angel of light, 2nd Corinthians 11:14).  Proverb 16:25 warns, "There is a way that seemeth right unto a man, but the end thereof are the ways of death."  Satan is a master deceiver, and his servants are deceivers as well (2nd Corinthians 11:13).  God will cast even the sincerest of Christ-rejecting lost sinners into Hell... "Many will say to me in that day, Lord, Lord, have we not prophesied in thy name? and in thy name have cast out devils? and in thy name done many wonderful works? And then will I profess unto them, I never knew you: depart from me, ye that work iniquity."  You see, sincerity is NO excuse for following men instead of God (Psalm 118:8).  Jesus warned in Mark 7:7,9... "Howbeit in vain do they worship me, teaching for doctrines the commandments of men ... And he said unto them, Full well ye reject the commandment of God, that ye may keep your own tradition."  Many people today have a nonchalant attitude towards the Word of God.  They believe that God will honor their sincerity, regardless of all else.  This is devilish thinking.  2nd Thessalonians 1:8,9 clearly WARNS, "In flaming fire taking vengeance on them that know not God, and that obey not the gospel of our Lord Jesus Christ: Who shall be punished with everlasting destruction from the presence of the Lord, and from the glory of his power."  You had better obey the Gospel.

Many women today have turned aside after Satan... "I will therefore that the younger women marry, bear children, guide the house, give none occasion to the adversary to speak reproachfully.  For some are already turned aside after Satan."  Feminism gives Satan power to destroy marriages and families.  To no surprise, America has the highest divorce rate in the world.  Divorce is a horrible perpetuating sin.

We see the power of Satan at work in corrupt Bibles.  Fewer people are getting saved today because the Word of God is being eradicated from society.  1st Peter 1:23 states, "Being born again, not of corruptible seed, but of incorruptible, by the word of God, which liveth and abideth for ever."  You cannot be born-again without the Seed of God's Word.  As the Bible is being corrupted, the power of the Word is diminished (Hebrews 4:12).

Satan's power is seen working in our top government leaders... "For we wrestle not against flesh and blood, but against principalities, against powers, against the rulers of the darkness of this world, against spiritual wickedness in high places" (Ephesians 6:12).  Satan's power often afflicts us through evil government leaders.  Look at all the innocent firefighters who were murdered in the 911 attacks, and thousands of other Americans.  The White House orchestrated 911.  George W. Bush and his administration are as guilty as sin.  We see the power of Satan at work. 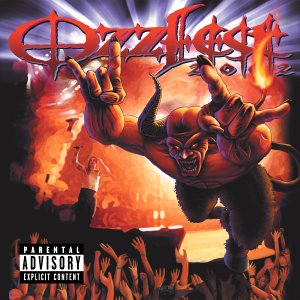 We see Satan's power in rock music, and what power it is!  America has been destroyed because of the evil influence of Devilish music.  The photo to the left is the album cover for Ozzy Osbourne's OzzFest 2002.  Do you know why 48,000,000 U.S. infants have been brutally murdered by abortion?  It's because of fornication, which is the god of rock music.  Rock-n-Roll preaches a gospel of sex sins, substance abuse, suicide, and Satanism.

And by the way, there is NO such thing as "Christian Rock."  ALL rock music is of the Devil, and corrupts society.  Proof is that fornication, abortion, feminism, homosexuality, divorce, and other forms of apostasy have all rode in on the garbage truck of Rock-n-Roll.  Few people recognize the Communist agendas eating away at America's moral integrity.  Rock music is one of the Communist's most deadly weapons against a society--demoralizing it's youth to commit fornication, abort their children, and follow after the god of self.

Although Satan's power is leading billions of people into Hellfire, we can praise God as Christians, "...because greater is he [Jesus] that is in you, than he [Satan] that is in the world" (1st John 4:4).  If you receive Jesus Christ as your Savior, the truth shall make you free (John 14:6)... "To open their eyes, and to turn them from darkness to light, and from the power of Satan unto God, that they may receive forgiveness of sins, and inheritance among them which are sanctified by faith that is in me" (Acts 26:18).  What a wonderful Savior!