Rock band Metallica. Are they all acknowledging Texas UT? Above: Begun in 1955, the `Hook 'em Horns' sign started by Harley Clark still motivates UT fans today. Is it mere coincidence that every Satanist in the world uses the same hand salute? Above: Here is former Vice President Dan Quayle from Indiana showing his horns. Is he a Texas Longhorns fan too? Above: (Satanists making the “Satanic salute” to an altar displaying the Goat of Mendes or Baphomet, to acknowledge their allegiance to Satan, during a Satanic ritual. The Satanic Bible openly declares that the devil hand-sign can either have the thumb extended or concealed.) Think You Were Born Gay? 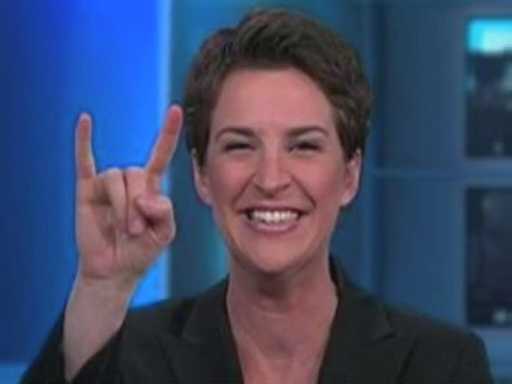 Rachel Maddow, Godless self-proclaimed “butch” with a girlfriend of over 10-years. Maddow says she went public about being gay at age 17 and is proud of it. As you see in the above photo, Maddow is a devout follower of Satan. Kid Rock (above and below) One of The Council On Foreign Relations symbols features a man naked on a white stead giving the horned hand signal.

Oh, listen my friend, you need the righteousness of Jesus Christ! This sin-cursed world hates Jesus Christ with a passion and curses His very name. How many more signs of Satan do you need to see to realize that Satan is in control of this world (2nd Corinthians 4:4). Consider that the publishing company for the United Nations was founded in 1922 as The Lucifer Trust, today known as The Lucis Trust.

Consider the occult connection between all of America's mainstream religions. Consider the occult symbols saturating Washington D.C. Consider empty seat # 666 in the European Union. Consider that a modern Tower of Babel has been built, and now their working on the city. Truth is certainly stranger than fiction. Won't you receive Jesus Christ now as your personal Savior to forgive your sins? John 1:12, “But as many as received Him, to them gave He power to become the sons of God, even to them that believe on His name.”