Pentagram With the Goat's Head
Or the Goat of Mendes
This also is a very powerful Symbol in Satanism and Witchcraft.

The following information is by Kerr Cuhulain—Occult author, police investigator, and friend of witches. What better place to find out what the hand-sign means than from the Pagan community themselves... 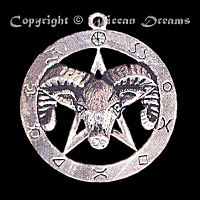 The glossary in Watch Network's Be Aware! handbook defines "goathead" as "The Horned God, Goat of Mendes, Baphomet, God of the Witches, the scapegoat. It is a Satanist's way of mocking Christ as the 'lamb' who died for the sins of humanity." (SOURCE: Be Aware!: A Handbook for the Purpose of Exposing Occultic Activity, WATCH Network, pg. 8)

Tammuz was an Assyro-Babylonian vegetation and fertility God who appears as the lover of Ishtar in the Epic of Gilgamesh. There is no mention of goats in any myth associated to him. The animal associated to Tammuz is the boar, not the goat.

Thomas Carder's ChildCare Action Project/Christian Analysis of American Culture web site has this to say about "GOATHEAD: Also known as the god of witches, the Goat of Mendes, Baphomet, and the horned god. Jesus Christ is the Lamb of God and performed the only pure and sin-free sacrifice for the atonement of man's sins; past, present, and future. The goathead is a black mockery of Jesus' role as the Lamb of God. It is the Satanist's bird at Jesus. I am particularly enraged at this waste of computer memory. Jesus died so I won't have to and He spent three days in Hell so I won't have to. Evidently, the goathead is the oldest fertility false god in human history and is claimed to have been '...found on paintings from cavemen.' Baphomet (so called after the time of Christ) actually means Bapho-Mitras: son of Mithras (see the Tau Cross above). The Goat of Mendez is the god of the witches. (Mendez is another spelling of Mendes, a city of ancient Egypt where fertility worship - Ba'al worship — was practiced).  Masons admit readily that Baphomet is a pagan fertility god and, more importantly, that Freemasonry is a fertility cult religion. At any rate, this mockery of Jesus is a satanic symbol and figures prominently in Satan worship." (SOURCE: Carder, Thomas. Back To School Special, ChildCare Action Project: Christian Analysis of American Culture, http://www.capalert.com/backtoschool/backtoschool.htm)

This is more of that "horn phobia" that people of this sort seem to be obsessed with. The association of the goat with Satan probably originated in the custom of the scapegoat, as is hinted at here. In Israel the sins of the tribes were ceremonially loaded onto the head of a goat. This "scapegoat" represented the god Azazel, 'Messenger of the Lord', who took these sins away each Day of Atonement. The Horned God Azazel was actually a divine redeemer who took human sins upon himself and atoned for them by his exile and/or death, and you can read this for yourself in Leviticus 16:20 in the Bible: "An when he has made an end of atoning for the Holy place and the tent of meeting and the altar, he shall present the live goat; and Aaron shall lay both his hands upon the head of the live goat, and confess over him all the iniquities of the people of Israel, and all their transgressions, all their sins; and he shall put them upon the head of the goat, and send him away into the wilderness by the hand of the man who is in readiness. The goat shall bear all their iniquities upon him into a solitary land; and he shall let the goat go in the wilderness."

It may have been these early traditions that lead later Christian clergy to associate the goat with Satan, their personification of evil. Since many Pagan religions have nature deities that have horns or antlers, these too were associated by early Christians with the Devil, and this also may have played a part in the later association of goats with the Devil. Clearly this wasn't meant as a Satanist's way to mock Christ. I suggest that Rimer go back and reread his Bible. It is true that the goat is associated with the Devil by many modern Christians, but if you look in the Bible you will see that he is described as a serpent.

You see how Carder has combined the myth concerning Baphomet with the myth of the Goat of Mendes. None of the traditional theories of the etymology of Baphomet include the idea that it means "son of Mithras": This is Carder's invention. Note how he is trying to turn Baal into an Egyptian deity here. Note also how he has brought the Freemasons into his argument. Carder does not identify the source of his quotes about cave drawings. Mendez is not an alternate term for Mendes.

The Goat of Mendes is another entity that seems to make his way into fundamentalist literature of this sort. Mendes is a contraction of the Greek name Mendesius, given to the kingdom of Lower Egypt. The God of Pa-bi-neb-tat ("the dwelling of the Lord of Spirit, Lord of Tat"), the principal city of Mendes, was Nesa-Bi-Neb-Tat, represented as a man with the head of a ram. This deity was later associated with Ra, the Egyptian Sun God, the ram headed man becoming a symbol of Ra. The Goat of Mendes subsequently appeared in Occidental Magical literature: In the magical system of the Hermetic Order of the Golden Dawn the Goat of Mendes is a mythical figure mentioned in the Rite of the Pentagram and the Five Paths.

In modern Christian and Satanic literature the Devil is depicted as a man with goat attributes so it was perhaps inevitable that these religious groups should interpret the Goat of Mendes as a Satanic symbol. The Satanists, in turn, adopted this symbol as their own from the Christian misinterpretation. For example, the Goat of Mendes is described as an aspect of the Devil that is half man and half goat in Anton LaVey's Satanic Bible.

Source of Information (warning: This is an occult link)

Let me repeat one of the definitions Mr. Cuhulain quotes for the Ram's head...

“The Horned God, Goat of Mendes, Baphomet, God of the Witches, the scapegoat. It is a Satanist's way of mocking Christ as the 'lamb' who died for the sins of humanity.”

(SOURCE: Be Aware!: A Handbook for the Purpose of Exposing Occultic Activity, WATCH Network, pg. 8)

The innocent looking Ram's head isn't so innocent. It blasphemes the Lord Jesus Christ. Anyone who uses the horned hand-sign is blaspheming Jesus Christ and showing their allegiance for Satan...

Anton LaVey, leader and founder of the Church of Satan. 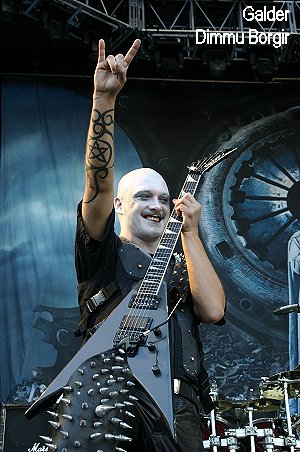 The Diablo hand sign represents the goat (or ram) head.

“The goathead is a black mockery of Jesus' role as the Lamb of God. It is the Satanist's bird at Jesus.”

Gene Simmons of KISS flashing a Stannic Hand Sign with the thumb extended, just like in the Satanic Bible 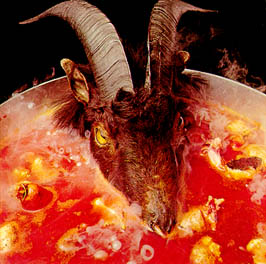 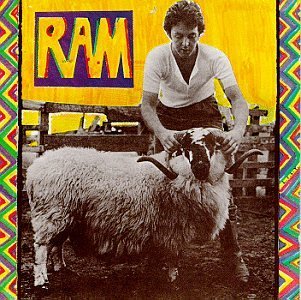 Above left: The original 1973 album cover of the Rolling Stones album titled, Goat's Head Soup. The goat and ram head are greatly revered in Satanism and witchcraft; a mockery of the Lamb of God, Jesus Christ.

Above center: A Luciferian necklace showing the goat's head and horns

Goat of Mendes — Origin of the Satanic Hand Sign?

Here is definition of a “goat” from the Encyclopedia Mythica...

“Medieval legends say that the Devil created the goat. Satan himself often appeared with goat's horns, and sometimes changed his shape completely into a goat.”

The original 1973 album cover of the Rolling Stones album titled, Goat's Head Soup. The goat and ram head are greatly revered in Satanism and witchcraft; a mockery of the Lamb of God, Jesus Christ.

What About the Owl and Bohemian Grove? | Satanic Occult Symbols in Washington D.C.