Has the Doctrine of “Repentance” Changed in the Last 50 Years?

I am an admirer of David Cloud's writings; however, I disagree with his attack against the mightiest soulwinners of the 20th Century, Dr. Jack Hyles and Dr. Curtis Hutson. Moreover, the Scriptures disagree with David Cloud's false view of repentance. Mr. Cloud has published numerous works on and off the internet on repentance, accusing Pastor Hyles and Dr. Hutson of corrupting the true Biblical meaning of repentance. David Cloud alleges that the doctrine of Biblical repentance has been changed by a faulty method of evangelism over the past 50-years . . .

REPENTANCE AND SOUL WINNING is an in-depth study on biblical repentance and a timely warning about unscriptural methods of presenting the gospel.

This is simply NOT true. The Biblical doctrine of repentance has always been the same. The only thing that has changed over the past 50-years is the intensity by which Satan is attacking the Church, corrupting the Bible, propagating false doctrines and perverting “the simplicity that is in Christ” (2nd Corinthians 11:3).

Jesus exclaimed in Mark 1:15, “...repent ye, and believe the gospel.” The Greek word for “repent” here is METANOEO, which means, “to change one's mind.” Biblical repentance is a change of one's mind.  There is NO controversy if you believe the Bible.

The FACT is that the Bible never uses the phrases “repent of your sins” or “turn from your sins” in regards to salvation.  Salvation is a free gift of God—not of works—and relies totally upon God's mercy through the LITERAL blood sacrifice of Jesus Christ (Hebrews 9:12); not forsaking one's sinful lifestyle (Titus 3:5, Ephesians 2:8,9). “Repent” in regards to salvation does not mean “stop living in sin.” It means to “change one's mind.” Carefully notice in Mark 1:15 what Jesus said... “The time is fulfilled, and the kingdom of God is at hand: repent ye, and believe the gospel.” Notice that Jesus DIDN'T say "repent ye, and forsake your sins." No, rather, Jesus said, “repent ye, and believe the gospel.”

The Gospel of John mentions the word “believe” 85-times, but never mentions the words “repent” or “repentance” even once. Clearly, the man who acknowledges his guilt of sin and believes on the Son of God, the Christ, for forgiveness has also repented.

“To repent literally means to have a change of mind or spirit toward God and toward sin. It means to turn from your sins, earnestly, with all your heart, and trust in Jesus Christ to save you. You can see, then, how the man who believes in Christ repents and the man who repents believes in Christ. The jailer repented when he turned from sin to believe in the Lord Jesus Christ” (John R. Rice, What Must I Do to Be Saved?, 1940).

Now, the above statement can really be distorted if you don't read carefully what Brother Rice says. Dr. Rice clearly states that he views repentance and faith toward our Lord Jesus Christ AS ONE IN THE SAME... “You can see, then, how the man who believes in Christ repents and the man who repents believes in Christ.”  Thus, the “turning from sin” which Brother Rice speaks of is only in the sense of a realization of one's guilt, not actually ceasing from committing sin.

Some critics, like David Cloud, have misapplied the above quote by Dr. John R. Rice, in an attempt to support the unbiblical position that a sinner cannot be saved unless he is ready to forsake his sins after he is saved. In effect, a person is told he cannot be saved unless he is willing to depart from sinful living after he is saved. This is damnable heresy and a backdoor approach to Lordship Salvation! In effect, Mr. Cloud requires qualification by works as a prerequisite to salvation. It is David Cloud, Aiden Tozer, John MacArthur, Paul Washer, Ray Comfort and other false teachers who have adopted the CATHOLIC meaning of repentance over the past 50-years—which requires a form of penance and sorrow over sins, a willingness to do better and a radical change from within in order to be saved. The Word of God DOESN'T teach that!

Although David Cloud denies believing in Lordship Salvation, he certainly takes a backdoor approach to it. Romans 4:5 plainly teaches that salvation is “to him that worketh not.” Although Cloud states that he does not believe in works salvation; he contradicts himself by teaching that a man who is unwilling to give up his sinful lifestyle cannot be saved.  The Bible does not teach that.

The Biblical meaning of repentance has NEVER changed. God NEVER changes (Malachi 3:6). Salvation has always been, and always be, solely by Christ's righteousness, and not by anything we could ever do. Jesus said that the only WORK required for salvation is to BELIEVE ON HIM [God the Son] WHOM HE [God the Father] HATH SENT. John 6:29, “Jesus answered and said unto them, This is the work of God, that ye believe on him whom he hath sent.” There's only ONE Gospel. Salvation has always been by grace through faith in Jesus Christ (Ephesians 2:8,9). Salvation is freely given (Romans 5:15), freely offered (Romans 10:13), and freely received (Revelation 22:17). Salvation is receiving, not giving. Eternal life is the gift of God (Romans 6:23).

David Cloud is teaching the same garbage, but in a different flavor, that the Lordship Salvationists all teach. Oh!, that men would leave the Gospel alone and let God change the sinners who trust upon the Lord for salvation. Our part is to believe, the rest is up to God. Dr. John R. Rice taught this as well...

“The change in your heart, sinner, is God's part and you may be sure He will attend to that. Your part is to simply believe in Him. Whatever else is necessary in your eternal salvation, the Lord attends to when you trust in Him, or believe in Him.”

SOURCE: What Must I DO To Be Saved, by Dr. John R. Rice

I don't need secondary sources, i.e., quotes by great men of God, to prove what the Bible teaches. Jesus commanded in John 5:39 for us to SEARCH THE SCRIPTURES! There is NO controversy if you believe the Bible. Howbeit, I want to quote some great men of God here simply to PROVE that the Biblical doctrine of repentance HASN'T CHANGED over the past 50-years. In fact, not at all.

Here are the words of Charles Spurgeon (1834-1892), London's mightiest preacher, who is often misquoted as being supportive of Lordship Salvation. Nothing could be further from the truth, as this quote by Spurgeon himself plainly reveals...

SOURCE: http://www.spurgeon.org/sermons/0044.htm (from a sermon preached at the New Park Street Chapel, Southwark, on September 23, 1855)

Spurgeon made that statement 154-years ago, clearly teaching that God alone gives salvation and that the sinner does NOT have to stop living in sin to be saved. In other writings Spurgeon taught that repentance IS necessary for salvation, and it most certainly is; but Biblical repentance simply means acknowledging one's guilt of sin. Spurgeon did NOT teach what David Cloud is teaching. 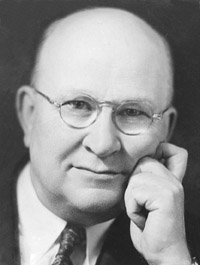 “The Gospel is not a call to repentance, or to amendment of our ways, to make restitution for past sins, or to promise to do better in the future. These things are proper in their place, but they do not constitute the Gospel; for the Gospel is not good advice to be obeyed, it is good news to be believed. Do not make the mistake then of thinking that the Gospel is a call to duty or a call to reformation, a call to better your condition, to behave yourself in a more perfect way than you have been doing in the past …

SOURCE: Harry A. Ironside, from the sermon: What Is The Gospel?

If Dr. Ironside were alive today, given the opportunity, he would sit David Cloud down and straighten him out doctrinally with the Scriptures.

David Cloud has often misquoted Dr. Rice in an effort to support his false teaching on repentance, but as you have just read for yourself, Brother Rice certainly didn't believe that a sinner had to cease from living in sin as part of saving-faith. It is God Who makes the necessary changes, in His own time, in His own way, and in His own place.

The problem with too many religious people nowadays is that they have become self-righteous and want to do the job of the Holy Spirit themselves. Let God be God. The Gospel doesn't need our help. Romans 1:16, “For I am not ashamed of the gospel of Christ: for it is the power of God unto salvation to every one that believeth; to the Jew first, and also to the Greek.” Our duty is to preach the Gospel, plain and simple.

Has the doctrine of repentance changed over the past 50-years? No, but many ministers and Christian leaders have adopted the Catholic meaning of repentance, which is heresy. The Protestant era came to an end in the mid 1800's and the Catholic Church came back with a vengeance. One of the most notable consequences of this comeback was the corruption of the Word of God by two pro-Catholic heretics, Westcott and Hort. Westcott and Hort were two unsaved madmen, pawns of Satan, and the fathers of all of today's contemporary Bibles, including the New International Version (NIV), the New King James Version (NKJV), the New Century Version (NCV) and the Jehovah's Witness, New World Translation (as in, New World Order).

Few people today realize that the builders of the New World Order began a planned, calculated and cleverly devised plot in the 1800's to infiltrate and corrupt all religious circles throughout the world. Mormonism was founded in 1830 by a 33rd degree Freemason, Joseph Smith. The Jehovah's Witnesses were founded in 1874 by a 33rd degree Freemason, Charles Russell. Scientology was founded by a 33rd degree Freemason, Ron Hubbard. Mary Baker Eddy, the founder of Christian Science, was an associate of 33rd Degree Freemason Henry Steele Olcott who founded the Satan worshipping cult called the "Theosophical Society" with evil female Freemason, mother of the New Age Movement and Hitler's spiritual guide, Helena Petrovna Blavatsky. Eddy was also married to a Freemason. Freemasonry is the common denominator is nearly all of today's mainstream religions. And sad to say, even Baptist have been corrupted. One-third of America's Freemasonry membership are Southern Baptist men, which explains why they are such an apostate group today. Thus, it should not come as a surprise that the false doctrine of Lordship Salvation is commonplace in Southern Baptist churches. It is a false Gospel of Works Salvation and self-righteousness. To learn more, please read, RELIGIONS: The Occult Connection.

My purpose is not to be unkind, nor to attack David Cloud, God forbid. I really don't like exposing anyone, truly; but when someone teaches a false plan of salvation, it simply cannot be ignored. Jesus came to SAVE SINNERS!