—The Miracle Crop of Hemp—

HEMP FACTS
1) Hemp is among the oldest industries on the planet, going back more than 10,000 years to the beginnings of pottery. The Columbia History of the World states that the oldest relic of human industry is a bit of hemp fabric dating back to approximately 8,000 BC.

2) Presidents Washington and Jefferson both grew hemp. Americans were legally bound to grow hemp during the Colonial Era and Early Republic. The federal government subsidized hemp during the Second World War and US farmers grew about a million acres of hemp as part of that program.
3) Hemp Seed is far more nutritious than even soybean, contains more essential fatty acids than any other source, is second only to soybeans in complete protein (but is more digestible by humans), is high in B-vitamins, and is 35% dietary fiber. Hemp seed is not psychoactive and cannot be used as a drug. See TestPledge.com
4) The bark of the hemp stalk contains bast fibers which are among the Earth's longest natural soft fibers and are also rich in cellulose; the cellulose and hemi-cellulose in its inner woody core are called hurds. Hemp stalk is not psychoactive. Hemp fiber is longer, stronger, more absorbent and more insulative than cotton fiber.
5) According to the Department of Energy, hemp as a biomass fuel producer requires the least specialized growing and processing procedures of all hemp products. The hydrocarbons in hemp can be processed into a wide range of biomass energy sources, from fuel pellets to liquid fuels and gas. Development of bio-fuels could significantly reduce our consumption of fossil fuels and nuclear power.
6) Hemp grows well without herbicides, fungicides, or pesticides. Almost half of the agricultural chemicals used on US crops are applied to cotton.
7) Hemp produces more pulp per acre than timber on a sustainable basis, and can be used for every quality of paper. Hemp paper manufacturing can reduce wastewater contamination. Hemp's low lignin content reduces the need for acids used in pulping, and it's creamy color lends itself to environmentally friendly bleaching instead of harsh chlorine compounds. Less bleaching results in less dioxin and fewer chemical byproducts.
8) Hemp fiber paper resists decomposition, and does not yellow with age when an acid-free process is used. Hemp paper more than 1,500 years old has been found. It can also be recycled more times.
9) Hemp fiberboard produced by Washington State University was found to be twice as strong as wood-based fiberboard.
10) Eco-friendly hemp can replace most toxic petrochemical products. Research is being done to use hemp in manufacturing biodegradable plastic products: plant-based cellophane, recycled plastic mixed with hemp for injection-molded products, and resins made from the oil, to name just a very few examples.
Hemp History
Hemp is among the oldest industries on the planet, going back more than 10,000 years to the beginnings of pottery. The Columbia History of the World states that the oldest relic of human industry is a bit of hemp fabric dating back to approximately 8,000 BC.
Presidents Washington and Jefferson both grew hemp. Americans were legally bound to grow hemp during the Colonial Era and Early Republic.
In 1937 Congress passed the Marihuana Tax Act which effectively began the era of hemp prohibition. The tax and licensing regulations of the act made hemp cultivation unfeasible for American farmers. The chief promoter of the Tax Act, Harry Anslinger, began promoting anti-marijuana legislation around the world. To learn more about hemp prohibition visit http://www.JackHerer.com or check out "The Emperor Wears No Clothes" by Jack Herer.

Then came World War II. The Japanese attack on Pearl Harbor shut off foreign supplies of "Manila hemp" fiber from the Philippines. The USDA produced a film called Hemp For Victory to encourage US farmers to grow hemp for the war effort. The US government formed War Hemp Industries and subsidized hemp cultivation. During the War and US farmers grew about a million acres of hemp across the Midwest as part of that program.

After the war ended, the government quietly shut down all the hemp processing plants and the industry faded away again.

During the period from 1937 to the late 60's the US government understood and acknowledged that Industrial Hemp and marijuana were distinct varieties of the cannabis plant. Hemp is no longer recognized as distinct from marijuana since the passage of the Controlled Substances Act (CSA) of 1970. This is despite the fact that a specific exemption for hemp was included in the CSA under the definition of marijuana.

The United States government has published numerous reports and other documents on hemp dating back to the beginnings of our country. Below is a list of some of the documents that have been discovered:

These documents and many more are published online by USA hemp historian extraordinaire, John E. Dvorak. His Digital Hemp History Library is the most complete source for historical hemp documents and data anywhere. To visit the Library click here.

You can also check out literary references to Industrial Hemp from Aesop's Fables to the present: http://www.ofields.com/OFIELDS_HEMP_HISTORY.html 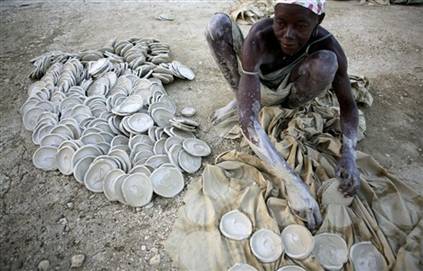 There is plenty of arable land in the world. The problem is not too many people; but rather, oppressive governments that interfere with capitalism, free trade and freedom. Life finds a way. People, if left alone, will work hard and thrive. But when oppressive and greedy governments lay heavy tax burdens, regulate, restrict and outlaw farming and freedom of travel, then there is chaos.

Urbanization has destroy the world. When you cram millions of people into a city, then things can get ugly very quickly. Urbanization (herding people into cities) has caused massive problems in the world. The elite are suppressing food and water to the poor around the world. The World Bank has bankrupt nations, cutting off their resources.

NAFTA and globalization have hurt the population. Paying farmers not to grow crops is the problem. Tampering with the world's economy is the problem. Artificially incurred FIAT debt in the problem. Big government isn't real free market. That's the problem. Overpopulation is a joke. When you view the earth from outer space, it is clearly evident that there is PLENTY of space on the earth for humanity.

There is plenty of land, plenty of miracle crops such as hemp, and the will to survive. The problem is criminal government tyranny that pays farmers not to grow food, tampers with economies, creates systems of wealth that are worthless (such as America's FIAT money system), regulates the number of children you can have, et cetera. China suffers from entire cities void of women due to the government's horrible one-child policy. The answer is freedom; not more government control, killing the population and forcing people to pay more and more taxes.

If you do the math, everyone in the world could fit within the State if Texas, having a space of land approximately 30' by 30'. There's plenty of land. The problem is greed, lust for power and oppression. The ocean by itself has enough food to feed the population. Help is an incredible crop that could easily feed the world, provide clothing, biofuel, building materials, paper products, et cetera. The first paid of Blue Jeans in America were made of hemp. The U.S. Constitution was written on hemp. George Washington grew hemp. Hemp oil is a great diesel fuel. Hemp has 25,000 known uses! Hemp can withstand frigid weather, drought, and yields twice as much fiber as the same amount of cotton.

Given their freedom, taught agricultural techniques and provided with the basic means to get started, world starvation would come to an end soon. There's not too many people; there's too much government. Piles of wheat sit and rot while the poor starve. The Globalists have wrecked the third world, putting them on welfare, turning them against the domestic population, and waging war against the middle-class. They then disarm the public. Ultimately, the central banks profit and win by exerting pressure from below and above on the middle-class. It's all by design! The Globalists want to achieve a Godless Global Totalitarian Communist Police State, aka, the New World Order. To do this they must enslave humanity. Thus, the fraud of overpopulation is being used to fuel tyranny, sterilization, forced abortion, et cetera.

Big Girls Do Cry: The Hidden Truth of Abortion