A City More Wicked Than Sodom

"And thou, Capernaum, which art exalted unto heaven, shalt be brought down to hell: for if the mighty works, which have been done in thee, had been done in Sodom, it would have remained until this day." -Matthew 11:23 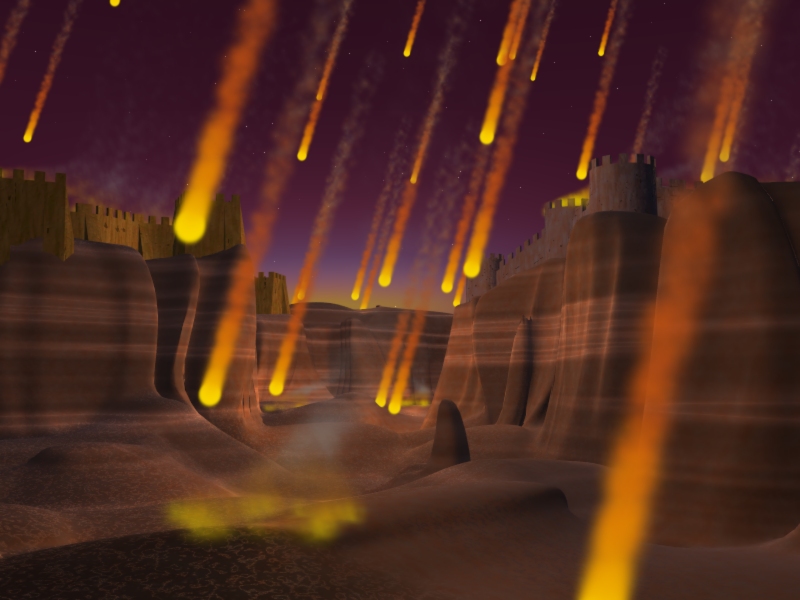 What an interesting Scripture!  Jesus said that the city of Sodom wouldn't have been destroyed with fire and brimstone if they had seen the SAME mighty works as Capernaum.  "Mighty works" here is the Greek, dunamis, which  means "power," i.e., God's power.  Jesus came to this earth as God in the flesh (1st Timothy 3:16), i.e., the Word of God became incarnate (John 1:1-2).  Jesus is the Living Word of God (Revelation 19:13).  The Gospel is the greatest POWER on earth, which can save men's souls from eternal damnation... "For I am not ashamed of the gospel of Christ: for it is the POWER OF GOD unto salvation to every one that believeth; to the Jew first, and also to the Greek" (Romans 1:16).  The Gospel of Christ was preached in Capernaum, unlike Sodom.  The inhabitants of Sodom had no Bibles or preachers.  Lot was a Christian (2nd Peter 2:7) who lived in Sodom, but he hid his candle from the lost, and didn't care about winning the lost to Christ.  Old Testament Christians were familiar with soulwinning.  Solomon said in Proverb 11:30... "The fruit of the righteous is a tree of life; and he that winneth souls is wise."  Sadly, then as now, most believers were selfish and self-centered, not caring about the Lord's work.  Lot was one of them.

A People More Wicked Than Those of Capernaum... Americans!

How does America today compare to Sodom, or to Capernaum?  Jesus said that Capernaum was more wicked than Sodom, because of their refusal to repent in lieu of the mighty works done in their city, primarily the preaching of the Gospel.  The lost sinners of Capernaum beheld the Savior Himself, their Creator (John 1:10), and yet received Him not.  Yet, the people of Capernaum had no printed Bibles, no Christian radio stations, no Christian TV, no Christians magazines, no Christian books, no preaching cassettes or CDs, no MP3 sermons all over the internet, not even Gospel tracts!!!  How much more wicked is the world today, than the Christ-rejecting people of Capernaum?  Woe unto Christ-rejecters today--who are blessed with an abundance of Gospel preaching!  We enjoy a level of splendor today that couldn't even have been imagined centuries ago.  Modern medical is a miracle in itself.  God has blessed us so much!  Never before have people had the truth more readily available at their fingertips than now.  Yet, the average person today is woefully ignorant concerning the truth.  Oh!, how hot Hell will be for those today who say "no" to the Savior's free gift of eternal life (Romans 6:23; 2nd Thessalonians 1:8).  Hell hath enlarged herself in these last days of apostasy... "Therefore hell hath enlarged herself, and opened her mouth without measure: and their glory, and their multitude, and their pomp, and he that rejoiceth, shall descend into it" (Isaiah 5:14).  Surely, any enlargement of Hell in Isaiah's time is dwarfed in comparison to the mammoth expansion of Hell today!... "For some are already turned aside after Satan" (1st Timothy 5:15).  Have you turned aside after Satan?

"But after thy hardness and impenitent heart treasurest up unto thyself wrath against the day of wrath and revelation of the righteous judgment of God." -Romans 2:5

Turned Aside After Satan

Many people have turned aside after Satan by following the damnable Catholic Church, which is NO church at all.  From the cradle to the casket, Catholicism offers a complete package of religious ceremonialism; but they go about to establish their own righteousness, and not the righteousness of Jesus Christ (Romans 10:3-4).  Catholics commit idolatry by bowing to statues (Exodus 20:4-5).  1st Timothy 2:5 states, "For there is one God, and one mediator between God and men, the man Christ Jesus."  So then why are Catholics told to confess their sins to another sinful man, a priest?  It is wicked!  Who forgives the priest's sins?  Oh listen friend, Catholicism is a prisonhouse of religion--void of Biblical Truth--and filled with manmade traditions... "Making the word of God of none effect through your tradition..." (Mark 7:13).  The Assumption of Mary is one prime example, a false doctrine not found anywhere in the Scriptures.  Did you know that the Vatican removes the 2nd Commandment from their Catechism to deceive you?

Wisdom Crieth in the Streets!

America is far worse than Capernaum, which was far worse than Sodom.  Proverb 1:20-22 state... "Wisdom crieth without; she uttereth her voice in the streets: She crieth in the chief place of concourse, in the openings of the gates: in the city she uttereth her words, saying, How long, ye simple ones, will ye love simplicity? and the scorners delight in their scorning, and fools hate knowledge?"  How long oh Americans, will you remain as fools who hate knowledge?  How long oh Europeans, will you remain blinded to the truth?  How long oh world?  How long?  Truth crieth in the streets and from the rooftops, but who will hear?  The inhabitants of Capernaum heard the Gospel (i.e., good news) of Jesus Christ and knew that God's power was present, working amongst them; but they rejected Christ, and chose to remain in darkness.  The people of Sodom had no soulwinners to care about them like Capernaum did.  Oh how blessed America has been with Bible-believing churches and soulwinning Christians who love the Lord.  Yet, America continues to plunder into the abyss of apostasy, as more and more of it's people reject the Word of God.  Woe unto America!

"And whosoever shall not receive you, nor hear your words, when ye depart out of that house or city, shake off the dust of your feet.  Verily I say unto you, It shall be more tolerable for the land of Sodom and Gomorrha in the day of judgment, than for that city." -Matthew 10:14,15