Is it not strange how we have come to equate the Republican Party with traditional American values (i.e., the so-called "Religious Right")?  Do you have any idea what Laura Bush told the nation during her interview on the Today Show for January 19, 2000 (the very eve of her husband's inauguration)?  When asked for her view on reversing Roe v. Wade, the sweet little woman meekly replied, "I DON'T THINK IT SHOULD BE REVERSED." END

This is not a column about abortion, per se.

I've written plenty of those in the past and will write more in the future.

This is, however, a column about a “non-profit,” tax-exempt corporation that rakes in more than a quarter-billion dollars in U.S. taxpayer money every year and boasts of being the world's largest “abortion provider.”

It is a disgusting, evil organization that somehow operates under its own set of rules – unaccountable in any way, shape or form to the rules and regulations governing other so-called “non-profits.”

In fact, Planned Parenthood makes plenty of profits. It made more than $35 million in what it euphemistically calls its “surplus” in the 2003-2004 fiscal year, according to a dynamite new book by Kelly Hollowell titled “Struggling For Life: How Your Tax Dollars and Twisted Science Target the Unborn.”

In fact, in the last seven years alone, Planned Parenthood has earned profits – or built a surplus – of more than $350 million.

In that time period, it has been given government grants of nearly $1.5 billion.

That's what I call subsidizing the abortion industry. While, technically speaking, no U.S. taxpayer dollars are specifically allocated for abortions, Planned Parenthood performed some 1.4 million of them in that same time period.

But as Hollowell points out, it really is a distinction without a difference.

"Would the U.S. government have financed the 'good works' (education, building bridges, etc.) of the Nazi regime – so long as the Nazis promised not to use the funds for purposes of destroying human life in its concentration camps?" she asks. "Common sense dictates the answer – 'NO!' I mean even if the Nazis did not use the tax dollars directly for an evil like genocide, such funding would free up their other finances, allowing them to invest in their openly evil agenda. Likewise, we should not support Planned Parenthood with our tax dollars."

It's a big shell game. Money is fungible. When Planned Parenthood can spend your money on maintaining its image as a "charity," it is free to spend other funds on killing babies.

And PP (an appropriate moniker if there ever was one) is spending lots of your money.

This money has allowed PP to spend $193 million influencing public policy over the last seven years. To put this in perspective, that's more money than the Federal Elections Commission allotted to either George W. Bush or John Kerry in 2004.

PP is one of the most powerful lobbying organizations in America.

Right now, as you read this column, PP is using that influence, spending your money, to lobby against the confirmation of Judge Samuel Alito to the U.S. Supreme Court.

How do you feel about that?

How do you like the U.S. Senate being manipulated with your money?

How do you like enriching people who kill babies for a living, who sexualize your children in schools, who hand out bad condoms to kids to stimulate their abortion business, who use the courts to ram their warped worldview down your throats through judicial activism?

If it makes you angry, defund Planned Parenthood. 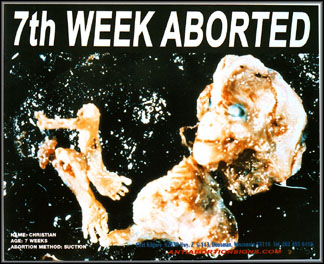 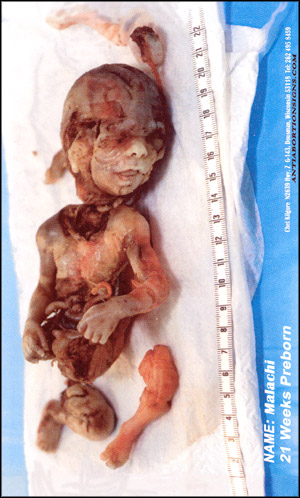 The above graph shows the increase in funding during three Republican administrations. 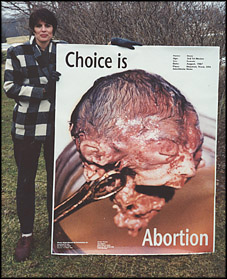