He Who Now Withholdeth

2nd Thessalonians 2:7, “For the mystery of iniquity doth already work: only he who now letteth will let, until he be taken out of the way.” 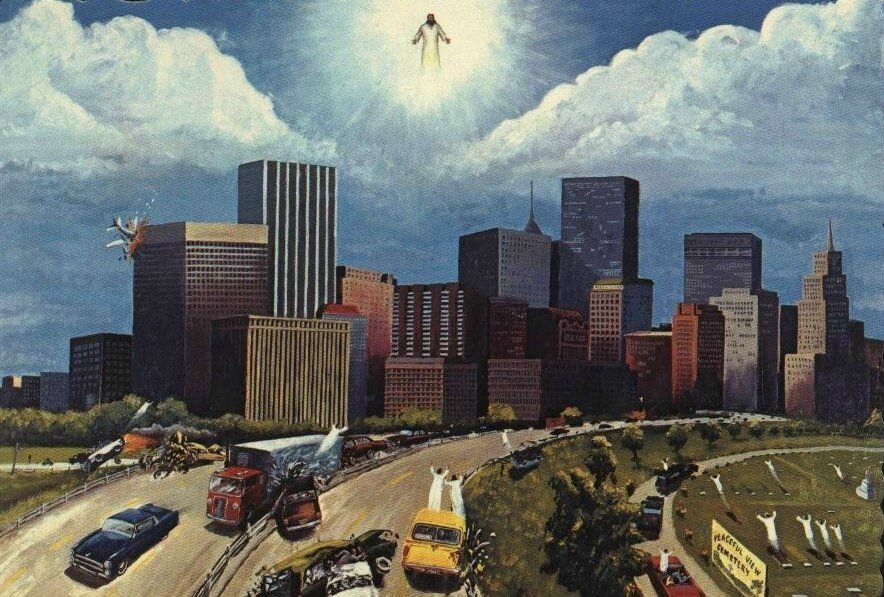 Before the Antichrist can be revealed there has to be a ‘taking away’ of someone as Paul describes in 2nd Thessalonians 2:7, “For the mystery of iniquity doth already work: only he who now letteth will let, until he be taken out of the way.”

There are those who believe that the person spoken of is the Roman Emperor (Caesar) and that the “man of sin” would be revealed in the form of the Papacy under the Holy Roman Empire. Though the Antichrist may be a pope of Rome, and it is certain that the pope and his church is antichristian in origin, it stretches the imagination a little too far to suppose that God pivots the whole of prophecy upon a Roman Emperor. If Paul was speaking of Caesar then he means that Nero was central to last days prophecy. This does not make sense from a Scriptural point of view, for nowhere does the Bible suggest this theory.

Another group believe that the ‘restrainer’ is the Church. The idea is that once the Church is raptured into Heaven then the Antichrist will be revealed for who he really is. It should be noticed that the apostle Paul uses the pronoun “he” whereas it is usual for the Church to be mentioned as a “she” (i.e. Bride of Christ). By itself the Church has not been given the power to obstruct or restrain the coming of the Antichrist.

A third theory is that the “he who now letteth” refers to the Holy Spirit. This is nearer the mark when coming to an understanding of these verses, but the explanation is not complete in itself.

It is better to see the one who is the ‘restrainer’ as being the Holy Spirit’s activity in the Church. This means that when the Church is raptured it will bring to an end what has been called ‘The Church Age’. The work of the Holy Spirit through the Church will come to an end; the Church will have no further influence in the world and the Holy Spirit’s work in her since Pentecost will cease (but that is not to say that He will no longer be active on earth). It is of great interest that Revelation 22:17 says, “And the Spirit and the bride say, Come. And let him that heareth say, Come. And let him that is athirst come. And whosoever will, let him take the water of life freely”. The Holy Spirit works in a fallen world through the Church that Jesus classified as the “Salt” and “Light” of the world (Matthew 5:13-14). The describes that which holds back decay, and the other darkness. Therefore the ‘restrainer’ is probably the ministry of the Holy Spirit and the Church combined. This idea must be considered in light of 1 Corinthians 3:16 and 6:19, “Know ye not that ye are the temple of God, and that the Spirit of God dwelleth in you? … What? know ye not that your body is the temple of the Holy Ghost which is in you, which ye have of God, and ye are not your own?”

The removal of the ‘restrainer’ takes place at the same time the Church is raptured to be with Christ. That the Holy Spirit is taken out of the way does not mean that He will be taken out of the world, for the Trinity will always be active in this present world until it is destroyed. We could say that the influence of the Holy Spirit against ungodliness will be lifted, “He will reprove the world of sin, and of righteousness, and of judgment: Of sin, because they believe not on me; Of righteousness, because I go to my Father, and ye see me no more; Of judgment, because the prince of this world is judged” (John 16:8-11). All hindrances to Antichrist’s coming will cease since both the Spirit and the Church are no longer there. All restraints against sin will be removed and it will appear that Satan has free course to do exactly as he pleases, “Therefore rejoice, ye heavens, and ye that dwell in them. Woe to the inhabiters of the earth and of the sea! for the devil is come down unto you, having great wrath, because he knoweth that he hath but a short time” (Revelation 12:12).

What Paul describes in verse 4 will begin to happen immediately after the ‘restrainer’ is gone, “Who opposeth and exalteth himself above all that is called God, or that is worshipped; so that he as God sitteth in the temple of God, showing himself that he is God”. He will work great wonders to deceive the world, “Even him, whose coming is after the working of Satan with all power and signs and lying wonders” (:9), and cause all to openly rebel against God, “And with all deceivableness of unrighteousness in them that perish; because they received not the love of the truth, that they might be saved. And for this cause God shall send them strong delusion, that they should believe a lie: That they all might be damned who believed not the truth, but had pleasure in unrighteousness” (:10-12). The world will degenerate into such depravity that it has never experienced before.

As it Was in the Days of Noah