Jude 1:11, “Woe unto them! for they have gone in the way of Cain, and ran greedily after the error of Balaam for reward, and perished in the gainsaying of Core.” 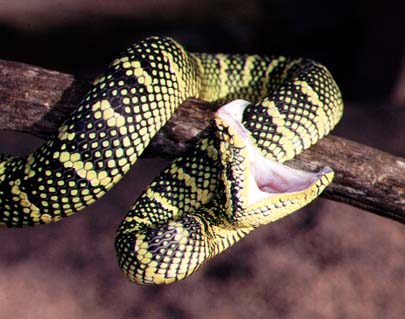 A popular doctrine of devils is that God the Father created all things THROUGH the Son, and not BY the Son. The demonic Jehovah's Witness and Seventh Day Adventist cults teach this heresy. The founder of the Jehovah's Witness religion, Charles Taze Russell (1852-1916), wrote his own corrupt Bible and called it... you guessed it, the NEW WORLD TRANSLATION! How creepy is that? Obviously Russell was a part of the New World Order, which has been in the development for hundreds of years since the Illuminati of 1775.

All modern Bibles are based upon the heretical work of two unsaved modernists, Fenton Hort (1828-1892) and Brooke Westcott (1825-1901). Having said that, the NIV 2011 is as corrupt as can be; it is based upon the demonic texts of Westcott and Hort; it teaches the SAME exact Jehovah's Witness' heresy concerning creation “through” Christ or “in” Christ, but not “by” Christ.

3 Through him all things were made; without him nothing was made that has been made.

John 1:3, “All things were made BY HIM; and without him was not any thing made that was made.”

There is a big difference between the words “through” and “by,” evidenced irrefutably by the false teaching by Seventh Day Adventists and Jehovah's Witnesses that Jesus didn't create anything of His own power; but rather, God the Father created all things THROUGH Christ.

That is not what the Bible teaches. In sharp contrast, the Bible plainly teaches that Jesus Christ created all things by the Word of His mouth, i.e., by the Word of God. 2nd Peter 3:5, “For this they willingly are ignorant of, that by the word of God the heavens were of old, and the earth standing out of the water and in the water.”

16 For in him all things were created: things in heaven and on earth, visible and invisible, whether thrones or powers or rulers or authorities; all things have been created through him and for him.

Colossians 1:16, “For BY HIM were all things created, that are in heaven, and that are in earth, visible and invisible, whether they be thrones, or dominions, or principalities, or powers: all things were created by him, and for him.”

The King James Bible says that “by Him,” that is, by Jesus Christ, were all things created. The Scriptures attribute creation directly to the Lord Jesus Christ; and not merely “through” Him, nor “in” Him as false religions and corrupt Bibles teach.

The significance of this important Bible doctrine is the deity of Jesus Christ. Jesus Christ came to earth as 100% man and 100% God. Jesus existed before He became incarnate. We see Christ pre-incarnate throughout the Old Testament. Jesus Christ has no beginning, He always was and always will be. Jesus is almighty God (John 1:1-2,14; 10:33) Jehovah Witnesses teach that Jesus is “a god,” but not “almighty God.” Revelation 1:8 calls Jehovah's witnesses liars, for Jesus claimed to be “THE ALMIGHTY” in Revelation 1:8, “I am Alpha and Omega, the beginning and the ending, saith the Lord, which is, and which was, and which is to come, THE ALMIGHTY.”

The NIV 2011, just as the 1984 NIV, removes the critically important word “Godhead” from Acts 17:29, Romans 1:20, and Colossians 2:9. Those are the only 3 mentions of the Word in the Bible; yet, they have all been removed. This is a blatant attack on the deity of Jesus Christ.

7 For there are three that testify

1st John 5:7, “For there are three that bear record in heaven, the Father, the Word, and the Holy Ghost: and these three are one.”

Which Bible do you want? The NIV 2011 butchers the Word of God, throwing out the teaching of the Trinity (Godhead). For those who are unfamiliar with the 1st John 5:7 debate, please read this exegesis in defense of 1st John 5:7. 1st John 5:7 is in the Textus Receptus (which is the Greek text from which our King James Bible comes).

If you fully understand that the attack is primarily against the deity of Jesus Christ, then you'll see why so many Scriptures have been butchered by the NIV gang.

Look what they did to 1st Timothy 3:16 concerning the deity of Christ. The corrupt NIV 2011 reads...

16 Beyond all question, the mystery from which true godliness springs is great:

He appeared in the flesh,
was vindicated by the Spirit,[a]
was seen by angels,
was preached among the nations,
was believed on in the world,
was taken up in glory.

1st Timothy 3:16, “And without controversy great is the mystery of godliness: God was manifest in the flesh, justified in the Spirit, seen of angels, preached unto the Gentiles, believed on in the world, received up into glory.”

I plead with you to abandon all modern Bibles and use only the precious, trustworthy, and inspired King James Bible.

10 He was in the world, and though the world was made through him, the world did not recognize him.

The NIV 2011 says that the world was made “through” Him; instead of the correct teaching, “made by Him.” Satan knows that if he can change each new Bible just a little bit, then it won't be too long before all truth is gone. The deity of Christ is under attack.

Is Jesus God or Did He Just Claim to Be God?

The demonic Mormon cult teaches that men will one day become as gods, and that Christ was is not God almighty. This is why the NIV 2011 has no problem with Jesus claiming to be God in John 10:33; but they absolutely don't want any Scriptures teaching that Jesus is God. Mormons claim that they too will be as gods one day, and that Jesus is the first to achieve godhood. This is a satanic doctrine taught by Mormons and New Agers (the Ascended Masters). Lucifer Trust

Not only did Jesus claim to be almighty God in the Scriptures (John 10:33; Revelation 1:8); but the Word of God proclaims that Jesus Christ IS IN FACT ALMIGHTY GOD! When Pilate hung a sign over the cross saying, “JESUS OF NAZARETH THE KING OF THE JEWS,” the Pharisees were offended and asked Pilate to change the message to “he said, I am King of the Jews.” ...

John 19:19 and 21, “And Pilate wrote a title, and put it on the cross. And the writing was, JESUS OF NAZARETH THE KING OF THE JEWS... Then said the chief priests of the Jews to Pilate, Write not, The King of the Jews; but that he said, I am King of the Jews.”

So you see, unsaved modernists and psuedo (false) scholars don't care what Jesus claimed; but they DO CARE about what the Bible teaches as fact concerning Christ. The Pharisees were upset with Pilate for stating that Christ is the King of the Jews as a fact.

The FACT of the matter is that the King James Bible teaches Jesus is almighty God!!! The NIV 2011 attacks all such passages of Scripture. You'll never hear any contemporary Christian singers or apostate ministers mention Christ's deity. Next to eternal Hell, fire, judgment; the most offensive doctrines in the Bible are Christ's deity and the Godhead (which is why heretics butcher the Bible to diminish these truths).

The NIV 2011 changes so many Bible verses. Whereas Titus 1:2 tells us that “God cannot lie” in the King James Bible; the NIV 2011 says that “God does not lie.” There's a big difference between does not lie verses cannot lie. It is certainly true that God does not lie; but Titus 1:2 goes even farther by assuring us that GOD CANNOT LIE, who has PROMISED eternal life before the world began.

If the Foundations be Destroyed

Psalm 11:3, “If the foundations be destroyed, what can the righteous do?”

Satan is trying to destroy the foundations, taking away the Doctrine of Christ (2nd John 1:9), and perverting the simplicity of the Gospel message (2nd Corinthians 11:3). Whereas God confounded men at the Tower of Babel to prevent them from going to Satan (Acts 17:26-27); today Satan is confounding men to prevent them from going to God (2nd Corinthians 4:4). Satan is using all the hundreds of different corrupt Bible versions to confound everyone. All of the doctrines being taught in churches today are confusing, confounding people. Satan knows that people won't memorize a Bible that keeps changing. I plead with you, use only the King James Bible (not the 21st Century KJV and not the New KJV).

Satan is the author of confusion, which is exactly what Zondervan's business is . . . CONFUSION!!!

Satan loves to do this to us. He loves to draw us on, to seduce us, without allowing us to ever quite realise that all these harmless little steps really amount to a massive change of direction which takes us out of our accustomed orbit around the Son and into the darkness. Those approaching a cliff may do so by sleepy little steps. But one of those harmless little steps will not be so harmless. Suddenly the cliff-edge gives way. Waking, we find, to our horror, that we are falling, falling towards the rocks, into sin and death. Above us, as we fall in fear and misery, with certainty of pain ahead, there is demonic laughter at us.

This, I think, is what may have happened to the NIV team. If so they weren’t the first, and won’t be the last. But the first need is to recognise that they have been led into a serious sin, to repent, and take measures to deal with it. Just going on, as if nothing had happened, will not serve, and will make things worse.

The Devil's feminist, homosexual, abortionist crowd wants to produce a unisex Bible that doesn't condemn the sin of homosexuality. The NIV 2011 will be a theological nightmare, as is the NIV. It's all about the love of money and further corrupting the Words of God. I shudder to think what they're butchering in the NIV 2011. Be on guard against this coming imposter version of the Bible! Woe unto Zondervan publishers for corrupting the Bible!

Love and cherish your precious, inerrant, infallible, preserved and inspired King James Bible!!! There is no comparison!

1st Corinthians 14:33, “For God is not the author of confusion, but of peace, as in all churches of the saints.”