So what is the Nazi connection with the NIV (New International Version of the Bible)?

If you look in the introduction and preface of the NIV so called Bible, you will see a reference to Kittel's Theological dictionary.

Kittel was a Nazi under Hitler. Kittel was a friend of Hitler and a member of the Nazi party!

To Join the Nazi party you had to swear allegiance to Adolf Hitler. (I prefer Jesus thank you)

Kittel was an early member of the Nazi party and was jailed for war crimes at the Nuremberg war crimes tribunal after WWII.

Your NIV Pastor uses this Nazi for his Theological dictionary to tell him what Greek words mean in the new testament... 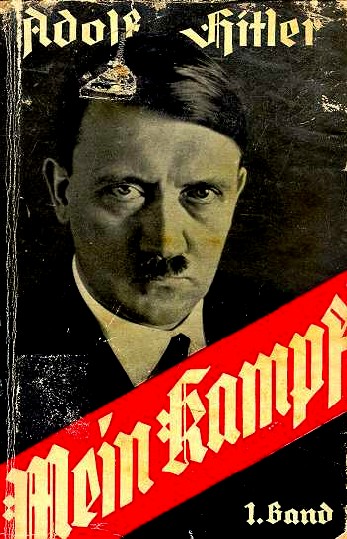 Do you trust this devil?

Do you trust a fiend, oops friend of Hitler to define the words of the Bible...?
This is serious!

Look in the intro and preface to your Nazi Inspired Version and see Kittel's name as a source.

(This book is endorsed by the ADL) --this is too well documented to be false!

Ericksen here presents his interpretation of the work and thought of three of Germany's great Protestant theological thinkers who supported Adolf Hitler. It is a most revealing study. He attempts throughout the work to understand how these three could have lent support to Hitler. He reviews the social setting of the Weimar Republic, deals with what he calls the crisis of modernity, and offers an interpretation of Protestant theological developments prior to and during Hitler's rise. Then he proceeds to study the three in turn.  Ericksen is concerned to show that there is, in a certain sense, intellectual integrity in the positions held by the three scholars, a point that for him seems to raise fundamental questions about Christian theology as such.

How can a persons theology be sound and still enable one to support the monstrous thought of Adolf Hitler?

The answer to this question is not too satisfactory. There appears to this reviewer to be some lack of clarity in the very statement of the thesis. How can one separate theological thought entirely from the political, social, and cultural setting and consequences of the thought?

Christianity is claimed by Ericksen to contain strains at once anti-Jewish and anti-modern. But some of the German theologians with whom he deals (Barth, Tillich, even Bultmann in most respects) have theological constructions neither anti-Jewish nor anti-modern.

Still, this work is immensely important and instructive. We have lengthy chapters, richly documented, dealing with the three theologians. Ericksen is not himself a trained theologian, I believe, but he has reviewed theological developments prior to and during the lifetime of these three theologians and has offered his own assessment of strengths and limitations in these developments. It is most interesting to hear and ponder his evaluations, for they are sensitive and discerning over and again.

Gerhard Kittel, perhaps the best known of the three because of his editorship of the massive
(Theological Dictionary of the New Testament)

in support of a Christianity freed of Jewish elements. He always claimed not to be anti-Semitic, but simply to be doing scholarly work that revealed the sharp contrasts between Judaism and Christianity. Many scholars in Germany have also drawn the contrast too sharply, but Kittel cannot be freed of the charge of having found support in his scholarship for his Nazi position with regard to the Jews.  Emmanuel Hirsch, immensely learned in Protestant theology and a thoroughgoing apologist for Nazism, accomplished feats of scholarly work, especially in the history of Protestant thought. It is easy enough to spot the points where his Nazi views appear, but much of his work continues to be of great value.

Paul Althaus is perhaps the most tragic of the three figures. Long associated with the Erlangen approach to theology and a great interpreter of Martin Luther, his constructive theological work aimed at showing how important the community was for an understanding of Christianity, and how central this notion of peoplehood had been for ancient Israel and was for the early Christian community-points well recognized and underscored today. But he was able to wring from this understanding a contemporary viewpoint in support of Hitler's call for peoplehood, racial purity, and land. A fine and discerning theological emphasis was perverted into a position that accommodated the Hitler movement. After the late 1930s, it appears, Althaus wrote nothing further that could easily be used for political-propagandistic purposes by the Nazis.

One reads such a study with a sense of deep sadness as well as with frequent outbursts of anger. One need not share the view of the author that any one of the three theologians under review actually made Nazism intellectually respectable. One can hardly escape the author's conclusion, however: we all have much to learn from a careful review of the life and work of the three, for such aberrations, alongside Nazism's unspeakable accompanying deeds, could occur again.