"For I say unto you, That except your righteousness shall exceed the righteousness of the scribes and Pharisees, ye shall in no case enter into the kingdom of heaven." -Matthew 5:20

The world today is saturated with FALSE righteousness, just as were the religious leaders of Jesus' time.  They thought they were righteous; BUT, they were saturated with sin, deceitfulness, and false religion.

Jesus told the people... "Except your righteousness shall exceed the righteousness of the scribes and Pharisees, ye shall in no case enter into the kingdom of heaven."  Now, that's a very interesting statement.  How could the Pharisees be "righteous," and yet not be righteous enough to enter Heaven?  The answer is very simple... the Pharisees were saturated with SELF-righteousness... "But all their works they do for to be seen of men..." (Matthew 23:5).

We read in Romans 10:3-4, "For they being ignorant of God's righteousness, and going about to establish their own righteousness, have not submitted themselves unto the righteousness of God."  Oh how foolish and rebellious are so many people today, who are complacent in their FALSE righteousness.  TRUE righteousness is found only through the precious blood of Jesus Christ (1st Peter 1:18,19).  We need HIS RIGHTEOUSNESS, i.e., Christ's righteousness to be saved... "But seek ye first the kingdom of God, and his righteousness; and all these things shall be added unto you" (Matthew 6:33).  Self-righteousness NEVER saved anybody.  I don't care how good you think you are, or how dedicated you are to your church, or how many times you've been baptized, or how much money you've given to charity--NONE of those things can help you in the least to merit Heaven.  We all justly deserve to burn in Hell (James 2:10; Romans 3:19-23; 6:23; Revelation 20:11-15).  Thank God for His wondrous love, who sent His only begotten Son, Jesus Christ, into the world to pay for our woeful sins (Romans 5:8; John 3:16).

To go to Heaven, you MUST have Christ's righteousness alone... "For by grace are ye saved through faith; and that not of yourselves: it is the gift of God: Not of works, lest any man should boast" (Ephesians 2:8,9).  2nd Corinthians 5:21 states, "For he [God the Father] hath made him [God the Son, Jesus] to be sin for us, who knew no sin; that we [sinners] might be made the righteousness of God in him."  Jesus paid a debt that He did not owe, because we owed a debt that we could not pay.  What a Savior!  Jesus said in Luke 5:32, "I came not to call the righteous, but sinners to repentance."  Jesus didn't come to save the self-righteousness, because they are conceited, filled with arrogant pride, and have willingly rejected the truth of God's Word to keep their own TRADITIONS... "Full well ye reject the commandment of God, that ye may keep your own tradition" (Mark 7:9).  Oh! How sinful are the hearts of humanity.  Mankind is prone to self-righteousness and rebellion against God.

Many people today have been deceitfully taught that water baptism is necessary for salvation.  This is a lie of Satan, and a form of self-righteousness.  Martin Luther, often recognized as a great hero of the Christian faith, was in fact a lying imposter.  Martin Luther clearly believed and taught that water baptism was essential to be saved.  Mr. Luther rejected the Biblical book of Revelation because he could not understand it.  We'll, Mr. Luther should have read Revelation 1:5, which states, "And from Jesus Christ, who is the faithful witness, and the first begotten of the dead, and the prince of the kings of the earth. Unto him that loved us, and washed us from our sins in his own blood."  Water baptism does NOT save anyone, it's the blood of Jesus Christ that washes away our sins!  Baptismal Regeneration is of the Devil.

Lordship Salvation is a form of Self-righteousness.  There is a raging battle in theological circles today over the issue of LORDSHIP SALVATION, i.e., the false teaching that a sinner MUST forsake their actual sins to be saved.  No such hellish doctrine is taught in the Word of God.  Proponents of this heresy pervert the Biblical meaning of the Word "repent."  Whereas the Greek meaning of the word "repent" is METANOIA, meaning "to change one's mind"; Lordship Salvationists claim that it means "to forsake your sins."  Even without looking at the Greek, the English King James Bible has no such teaching.  The Bible always speaks of repentance TOWARDS GOD, and not from sin.  Acts 20:21 says, "Testifying both to the Jews, and also to the Greeks, repentance toward God, and faith toward our Lord Jesus Christ."

The problem is that Lordship Salvation confuses the ROOT of a believer's faith, i.e., faith in Christ (Romans 4:5), with the FRUIT of that faith, i.e., good works (James 2:18).  The ROOT should bring forth the FRUIT; but the FRUIT cannot come before the ROOT.  DO you understand the difference?  Lordship Salvationists are demanding the FRUIT as a prerequisite to salvation.  Such false prophets include Ray Comfort and John MacArthur.  They are putting the cart before the horse.  2nd Corinthians 5:17 states... "Therefore if any man be in Christ, he is a new creature: old things are passed away; behold, all things are become new."  Carefully notice that the Bible says, "...if any man BE IN CHRIST..."  He is already saved, and then the change comes AFTERWARDS.  Lordship Salvation puts the cart before the horse.  You cannot mutate the ROOT and the FRUIT of a believer's faith into one, for in so doing you have created a works-based salvation, which is NO salvation at all.  Lordship Salvation is a two-headed monstrosity, and is straight from the pits of Hell.

This hellish false doctrine is taught by Calvinists, Charismatics, Seventh-Day Adventists, and even the Salvation Army.  "Persevering" is a form of self-righteousness that requires a person to "continue" in the faith to keep their salvation.  Now how can we lose something that we didn't earn in the first place?  Salvation is of God, not mankind.  The Bible is adamantly clear that eternal life is a GIFT from God (Romans 6:23; Ephesians 2:8,9), paid for by the LITERAL blood of Jesus (Hebrews 9:12; 1st John 1:7; 1st Peter 1:18,19).  In fact, Romans 5:15 even calls eternal life a "FREE GIFT."  How foolish and wicked it is, for anyone to teach that a believer must "endure" or "persevere" to the end to be saved.  No such nonsense is taught in the Word of God.  In sharp contrast, Romans 4:5 states... "But to him that worketh not, but believeth on him that justifieth the ungodly, his faith is counted for righteousness."

1st John 2:19 states, "They went out from us, but they were not of us; for if they had been of us, they would no doubt have continued with us: but they went out, that they might be made manifest that they were not all of us."  This Scripture speaks of imposters, phonies, who pretend to be Christians for awhile, but then their true colors show eventually.  These people are NOT true believers.  Please read, You Didn't "Used To Be A Christian."  The Bible is filled with examples of believers who failed to persevere.  Solomon lived a wicked life, but he was a believer.  David commit adultery with a woman and then murdered her husband to cover up the unplanned pregnancy.  Oh how sin destroys!  The Old Testament hasn't one good thing to say about Lot, a man who loved Sodom so much that he moved there.  Yet, 2nd Peter 2:7 calls Lot a "just" man.  Ananias and Sapphira were believers, members of the Church in Acts; BUT, God killed them because of their evil scheme to steal from the church.  How does this compare to credit-card Christianity today?  What do you think the people thought, when they heard Peter cursing the name of Jesus, as they warmed themselves around the fire?  The truth is that ALL believers sin, and there is NO way any of us can "endure" to the end?  Endure what?  Can any believer live above sin?

The entire idea of enduring or persevering to the end, to remain in a state of saving grace, is ridiculous, hypocritical, and downright heretical.  It is just another form of self-righteousness, because you have to live up to a certain standard to keep the "gift" which God freely gave to you.  How crazy is that?  Either salvation is a gift, or it's not.  God says it is!  A gift cannot have ANY strings attached, otherwise it would no longer be a free gift (Romans 5:15).  We see much false advertising on TV today, where companies promise you a "gift" for doing business with them.  That's a lie.  What they really mean is a "reward" for doing business with them, because you are required to do business with them to get the reward.  A true "gift" is free, with NO strings attached, you just need to receive it... "But as many as received him [Jesus Christ], to them gave he power to become the sons of God, even to them that believe on his name [Jesus]: Which were born, not of blood, nor of the will of the flesh, nor of the will of man, but of God" (John 1:12,13).

Please notice John 1:13 again... "Which were born [i.e., born again], not of blood, nor of the will of the flesh, nor of the will of man, but of God."  Salvation is of GOD alone!  Many Jews today believe they are automatically going to Heaven because of their blood line.  That's a lie of the Devil.  False prophet, John Hagee, has even gone as far as to teach that Jews don't need to be born-again, simply because they are Jewish.  That's blasphemous Zionism!  Jesus clearly warned us all in John 10:1, "Verily, verily, I say unto you, He that entereth not by the door into the sheepfold, but climbeth up some other way, the same is a thief and a robber."  Salvation is a free gift, which must be received as such.

Many people misunderstand the words of James the Apostle because they don't know their Bible well.  I don't think I've received even one letter of debate from a Catholic, who didn't bring up the words of James... "Yea, a man may say, Thou hast faith, and I have works: shew me thy faith without thy works, and I will shew thee my faith by my works" (James 2:18).  James goes on to say in verse 24, "Ye see then how that by works a man is justified, and not by faith only."  At first glance, it sure does seem like the Bible is requiring works for salvation; BUT, as you will see, nothing could be further from the TRUTH!

Also, notice carefully James' words, "...shew me thy faith without thy works, and I will shew thee my faith by my works" (James 2:18).  With God we are justified by FAITH; BUT with men we are justified by WORKS.  The reason is simply because mankind cannot see out heart; but God can.  We read in 1st Samuel 16:7, "...for the LORD seeth not as man seeth; for man looketh on the outward appearance, but the LORD looketh on the heart."  James said, "shew me" your faith and I'll "shew you" my faith.  Every believer possessing the Holy Spirit of God should be a new creature in the Lord, "Therefore if any man be in Christ, he is a new creature: old things are passed away; behold, all things are become new."  This is the FRUIT which James was looking for.

TRUE righteousness is found only through the LITERAL precious blood of Jesus Christ (1st Peter 1:18,19).  We need HIS RIGHTEOUSNESS, i.e., Christ's righteousness to be saved.  The Devil is a master LIAR, and wants to see you burn in Hell; BUT, if you go to Hell, it will be your fault alone because you've been warned.  Ye Must Be Born Again!

"Beware of false prophets, which come to you in sheep's clothing, but inwardly they are ravening wolves." -Matthew 7:15 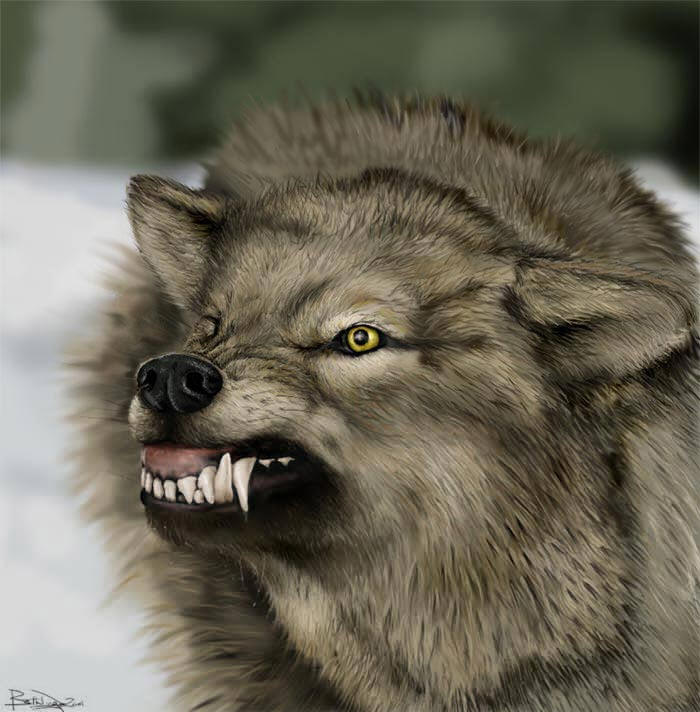