Who benefits from this atrocity? Islam? Israel? Or is it those who wish to establish a NEW WORLD ORDER on the smoldering ashes of American Sovereignty?

In this 86 - minute volcanic video, former FBI chief agent Ted Gunderson blows the lid off the "FBLies" involvement in the 1993 Trade Center bombing. THEY SET IT UP! Illuminati historian Jordan Maxwell, publisher Clayton Douglas at The Free American, Gunderson and Anthony J. Hilder are calling the attack at the U.S. an "inside job." America has been suckered one more time. This video will shake and shock you into a reality check.

"You're right! We are witnessing the Naziazation of this Nation. More Rights & Freedoms have been lost in the last 120 days through Executive Orders & our cowardly Congress than were lost in the past 200 years. Illuminazi 9-11 tells it all in clear, precise terms. This is the beginning of World War III. Make no mistake about it." 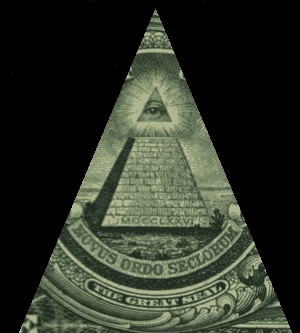 Florida Schools Ban Exposing Zionists (This is a disturbing trend that will continue to spread across U.S.!)

Satan Is The Common Denominator Of All Evil

The terrible plan for revolution and world war was set out by Pike in a letter to Mazzini in 1871. This devilish plan to re-establish the Mysteries and the worship of Lucifer shows that the Occult does not only use a facade of Christianity, but also operates under the cover of atheism. Pike wrote the following to Mazzini [2, page 144].

"We shall unleash the nihilists and the atheists and we shall provoke a great social cataclysm which, in all its horror, will show clearly to all nations the effect of absolute atheism, the origin of savagery of most bloody turmoil. Then, everywhere, the people, forced to defend themselves against the world minority of revolutionaries, will exterminate those destroyers of civilisation; and the multitudes, disillusioned with Christianity whose deistic spirits will be from that moment on without direction and leadership, anxious for an ideal but without knowledge where to send its adoration, will receive the true light through the universal manifestation of the pure doctrine of Lucifer, brought finally out into public view; a manifestation which will result from a general reactionary movement which will follow the destruction of Christianity and atheism, both conquered and exterminated at the same time."

Meanwhile in Rome, Pope Pius IX under the influence of the Jesuits put forward decrees in 1864 trampling on all freedom of religion and expression, restating the absolute power of the Church of Rome over the whole world [10, page 82] [22, page 120]. In 1870, following the loss of the Pope's temporal power to the Kingdom of Italy, the great decree of Papal Infallibility was made. This claim to infallibility by the Sovereign Pontiff was a copy of the dignity ascribed to Sovereign Pontiffs of the ancient Babylonian Mysteries [4, page 212].

Many Protestants in the 1870's thought that a new Christian era had dawned and that the power of the Church of Rome was finished. However, many forgot the Apostle Paul's exhortation: "Wherefore let him that thinketh he standeth take heed lest he fall." (1 Corinthians 10:12)

Although it would be wrong to conclude that all evil is part of some human conspiracy or controlled by one earthly organisation, the Church of Rome has a preeminence that no other organisation possesses. Nevertheless, the common link to all these evils is Satan, whom, along with Satan's servants, the Lord shall ultimately "destroy with the brightness of his coming." (2 Thessalonians 2:8) As the Apostle Paul states: "For we wrestle not against flesh and blood, but against principalities, against powers, against the rulers of the darkness of this world, against spiritual wickedness in high places. . Wherefore take unto you the whole armour of God, that ye may be able to withstand in the evil day, and having done all, to stand." (Ephesians 6:12-13)

Evil triumphs when good men do nothing!

Mother gets life in prison | Future of the Prison State

You Need to Believe Some of the Things You Hear! | Evils in Government