Acts 26:24, “And as he thus spake for himself, Festus said with a
loud voice, Paul, thou art beside thyself; much learning doth make thee mad.”

May I say, it is okay to be a nut if you're screwed onto the right bolt! Dr. John R. Rice (1895-1980) wrote a book in 1975 called, “I Am A Fundamentalist.” Chapter four is titled, “Be A Fundamentalist, But Not A Nut!” But if you are a true fundamentalist Christian my friend, the world and apostate ecumenicals will consider you a nut! There is no way around it. The critics called Jesus crazy (“mad”) in John 10:20. Festus thought the apostle Paul was crazy (“beside thyself”) in Acts 26:24. This old wicked world thinks that us fundamentalist Christians are insane, but they're the ones who are totally nuts! I may be a nut, but I'm screwed onto the right bolt, Jesus! Amen!

Titus 2:13-14, “Looking for that blessed hope, and the glorious appearing of the great God and our Saviour Jesus Christ; Who gave himself for us, that he might redeem us from all iniquity, and purify unto himself a peculiar people, zealous of good works.” That word “zealous” means “fanatical”! Are you a fanatic!!! God wants us as believers to be fanatical about truth and righteousness!!!

I read something very disturbing today in Brother Rice's book, “I Am A Fundamentalist,” in which he defends Brooke Westcott and Fenton Hort (the fathers of the modern Alexandrian versions). Dr. Rice even defends Origen. In truth, Westcott and Hort were two unsaved reprobates, devils in disguise, both members of the occult, who both denied a literal Heaven and Hell, and perverted the inspired words of God. Dr. Rice was greatly deceived, lacking the vital information that we have available today because of the scholarly work of Dr. Gail Riplinger and others who have diligently exposed the evils of Westcott and Hort! And thankfully, we have access to incredible knowledge via the internet.

Professor Gail Riplinger is a gift from God to Christian believers everywhere, who has simplified the Bible issue debate for the church layman to understand. She has written over a dozen large books upholding the inspiration of the blessed King James Bible, and exposing the evil corrupters of God's Word (such as Westcott and Hort). One of her excellent books, 1,205 pages in length, is titled “In Awe Of Thy Word” (.PDF). The most influential of Dr. Riplinger's books is her 1993 masterpiece titled, “New Age Bible Versions” (.PDF). Dr. Rice wrote his book on fundamentalism in 1975 and died in 1980. It wasn't until the second revision of the New International Version (NIV) was released in 1984, that fundamentalist preachers really began to wake up to what Satan was doing, infiltrating and corrupting the churches.

Dr. Rice Defends One Alexandrian Perversion While Critiquing Others

Nevertheless, here are the shocking words of Dr. John R. Rice from 1975...

When Peter Ruckman sets out to say that only he and a few others in the world are right on the matter of manuscript evidence for the Bible and says that in the King James Version the translation itself was inspired of God and is without error and that all other translations, even the American Standard Version, are perversions; when he says that Origen and Westcott and Hort and others all united to pervert the Scriptures and go against the Bible and God and that all are modernists or hypocrites or ignorant who do not agree that the King James Version—even the translation—is inspired perfectly, then we know that that arrogant attitude, that calling of good men by bad names, shows the man cannot be trusted in doctrine.

Dr. Rice is so very wrong! We know from the evidence that Westcott and Hort were occultists, and DID go against the Holy Bible and God!!! Respectfully, Dr. Rice speaks double-talk. In the words to follow in his book (which I quote below), he explains that he is against any modern translation that attacks the deity of Jesus, yet the very Alexandrian texts that he just defended (the ASV) brutally attacks the deity of Christ in Philippians 2:6 and 1st Timothy 3:16. You can't have it both ways!

I can say I prefer the King James Version of the Bible. I think for general use it is the best. I use it continually in preaching, in study, in memory work. I read it almost exclusively in private devotions. But I know that translations themselves are not guaranteed by the Scriptures, and I know that sometimes the American Standard Version can give help in places where other translations are not perfect.

BATTLE OF THE AGES (MP3, Dr. Jack Hyles, “The King James Bible crowd is going to come out on top!”)

The ASV and NASB are of the Devil, Both Translated from Alexandrian Texts

Take a look at a comparison below of Psalms 12:6-7 between the ASV and NASB. Notice that the ASV still correctly says God promises to preserve His WORD (“them”) unto every generation, but the NASB horribly gets it wrong, saying that God promises to preserve “HIM.” Who is “him”? All of the other satanic modern perversions say that God preserves the saints, not His words. It is obvious why Satan corrupted this verse, since there are literally hundreds of Bible versions nowadays...

American Standard Version (ASV) - Psalms 12:6-7, “The words of Jehovah are pure words; As silver tried in a furnace on the earth, Purified seven times. Thou wilt keep them, O Jehovah, Thou wilt preserve them from this generation for ever.”

New American Standard Bible (NASB) - Psalms 12:6-7, “The words of the Lord are pure words; As silver tried in a furnace on the earth, refined seven times. You, O Lord, will keep them; You will preserve him from this generation forever.”

I am saddened and amazed that Dr. John R. Rice ignorantly supported this wickedness, because he had the NASB to compare. I can only conclude that he was deceived by the Devil concerning the Alexandrian texts, as are most evangelicals today. No one is beyond being corrupted!

It is my humble opinion as a Baptist preacher that Dr. Rice was trying to appease some friends on the other side of the Bible issue debate, because birds of a feather flock together. The fact of the matter, as I evidence in my article above, that the ASV contains many of the SAME Alexandrian corruptions as all the other perversions. They remove the Trinity from 1st John 5:7, attack Christ's deity in 1st Timothy 3:16 and Philippians 2:6, remove Christ as Creator in John 1:3 and Colossians 1:16, and remove the blood of Jesus from Colossians 1:14. Need I say more? It is silly and hypocritical for Dr. Rice to defend one Alexandrian perversion, while defending another Alexandrian perversion. What was he thinking?

“To change the truth into a lie is to make the truth of no effect. Truth is very important! Our whole life is based upon truth. Truth is the real world. If you don't know truth, you believe a lie. And many people never know the truth!” —Dr. Yankee Arnold, an excellent quote from the awesome MP3 sermon, “Satanic Bible Revisions vs. King James Bible 03 | Part 01 | Part 02.”

Anytime we tell the truth, someone is going to call us “crazy”! Festus told the apostle Paul that he was beside himself (nuts). Dwight L. Moody was called “crazy Moody!” 1st Corinthians 1:18 says that the preaching of the cross (i.e., the Gospel) is “to them that perish foolishness.” Dr. Rice in his book attacks Dr. Peter Ruckman as a “nut” for telling the truth about the Word of God. All of the modern Bible versions are of satanic origin! Even the New King James Version (NKJV), which allegedly has been translated from the Textus Receptus, has many of the Alexandrian corruptions in it! The ASV may be the least corrupted of the modern Alexandrian translations (which is why Dr. Rice picked it), but it is still of Alexandrian origin and corrupt to some degree. In hindsight, as viewed from the year 2018, we can now see a horrifying trail of collateral damage in the churches because of the modern Bible perversions!

Look at all the dying and dead churches today, and you'll find that they all have one thing in common, that is, a tolerance for the Alexandrian Bible perversions!!! I would have preferred that Dr. John R. Rice were a nut, than that he should defend the Devil's counterfeit Bible versions! Dr. Ruckman had some strange beliefs, such as that Old Testament saints were saved by works and faith (which is false), but he was 100% correct that the Alexandrian Bible versions are corrupted by Satan, and that we can trust our inspired King James Bible!!! So I gladly admit that if being loyal only to the King James Bible makes me a “nut,” then I'm as whacko as they come!!! I'm coco for cocoa-puffs!

Scriptures by Dr. Gail Riplinger, showing, why some great men are deceived...

Hosea 7:13, “Woe unto them! for they have fled from me: destruction unto them! because they have transgressed against me: though I have redeemed them, yet they have spoken lies against me.”

Ecclesiastes 3:16-17, “And moreover I saw under the sun the place of judgment, that wickedness was there; and the place of righteousness, that iniquity was there. I said in mine heart, God shall judge the righteous and the wicked: for there is a time there for every purpose and for every work.”

Job 32:4-9, “Now Elihu had waited till Job had spoken, because they were elder than he. And Elihu the son of Barachel the Buzite answered and said, I am young, and ye are very old; wherefore I was afraid, and durst not shew you mine opinion. I said, Days should speak, and multitude of years should teach wisdom. But there is a spirit in man: and the inspiration of the Almighty giveth them understanding. Great men are not always wise: neither do the aged understand judgment.”

Jeremiah 5:5, “I will get me unto the great men, and will speak unto them; for they have known the way of the LORD, and the judgment of their God: but these have altogether broken the yoke, and burst the bonds.”

Always Have A Pure Heart...

I Peter 1:22, “Seeing ye have purified your souls in obeying the truth through the Spirit unto
unfeigned love of the brethren, see that ye love one another with a pure heart fervently.” 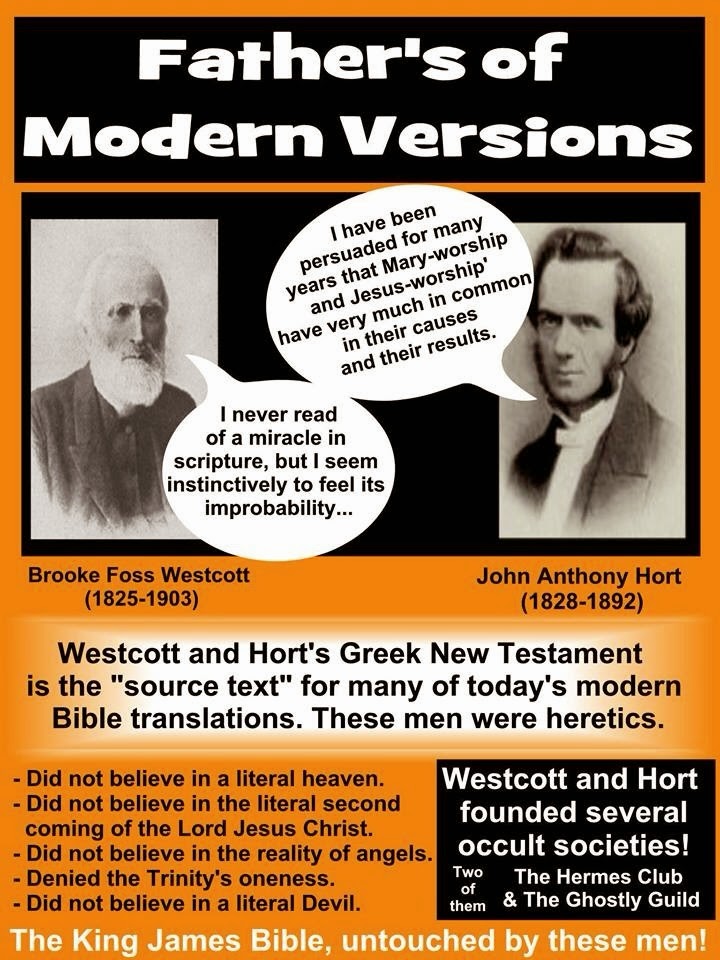 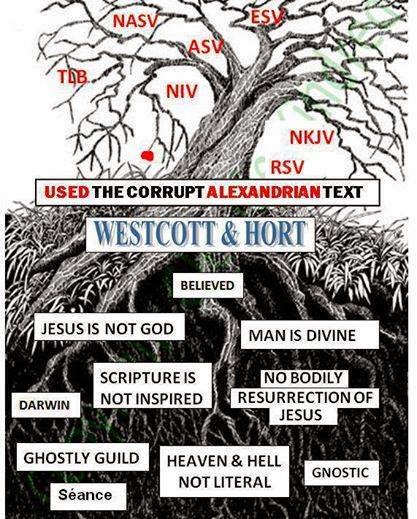 “I can calculate the motion of heavenly bodies, but not the madness of people.” ―Isaac Newton, physicist

"When someone does something wrong, make it a point to never forget all the things they did right." —Pastor Bob Gray Sr.

You Can Still Do What You Always Could Do
(MP3, Dr. Jack Hyles; A pastor is a position, not a calling. You can forfeit a position, but never your calling to preach!)

“Now you say, 'Brother Hyles, you make an issue.' You dead sure better know I'll make an issue!”
—BATTLE OF THE AGES (MP3, Dr. Jack Hyles, “The King James Bible crowd is going to come out on top!”)