One of the nicest and most helpful tools which I have discovered is the “Print Screen SysRq” button on my keyboard. The button is located near the F12 button. You can record your screen even during a video. What I do is set the video to “Full Screen.” I usually use YouTube videos. Then I press the “Print Screen SysRq” when I see the image I want. You can capture a snapshot photo from nay video while it's playing. This is a great tool.

“SysRq” simply means that you need a program loaded on your system that will allow you to paste the image you've captured (copied) using the “Print Screen SysRq” button. Microsoft Word, FrontPage or Publisher all work. Adobe PhotoShop works too. But if you don't have any of those programs don't fret, you can paste into Microsoft Paint, which every computer should have under Start > All Programs > Accessories > Paint.

For example, here is a full-size image that I captured and pasted into Microsoft Paint... 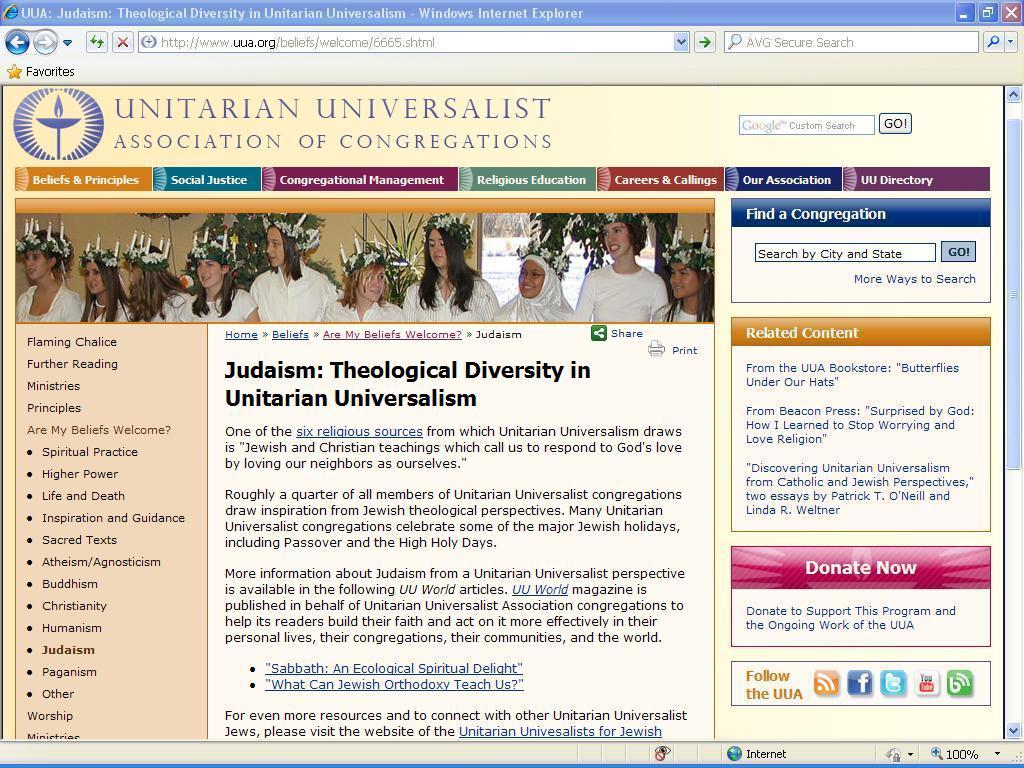 Once you have the area boxed that you want, right click on the image and select “copy.” Now paste the image wherever you want. Here is the image that I selected, copied and am pasting here for you to see... 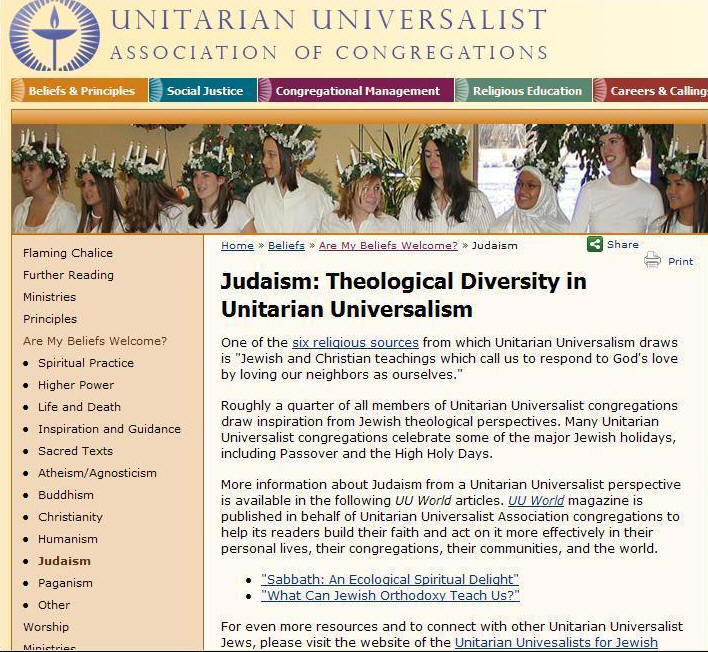 Isn't that a nice tool to have? For years I didn't know about this tool. You can save news articles to use in films, articles or just to share with others.

By the way, the above website and organization are a satanic cult that embrace all religions as being valid. Biblically, there is only one way and that is through Jesus Christ, the only begotten Son of God. Notice that they list Judaism on the left column. In fact, 25% of the Unitarian Universalist Church are Jewish and followers of Judaism. Judaism adamantly denies Jesus as the Christ, which makes them liars and antichrists according to 1st John 2:22. I captured the above image to show that this false religion is a front organization for World Religion. Even atheists are honored as members! You see, the New Age religion of Satan says that you can believe anything you want, except Biblical Christianity which says there is no other name by which men may be saved than the name of Jesus (Acts 4:10-12).

I hope and pray that you'll join me online in contending for the Christian faith and the inspired Words of God, that is, the King James Bible. The harvest is ripe, but the labourers are few Jesus said. There's a world waiting to be reached with the truth of the gospel that Christ died, was buried and rose again for their sins. Amen!