Psalm 9:17, ”The wicked shall be turned into Hell, and all the nations that forget God.”

Certainly, there are saved and unsaved people in every nation; but some nations are so saturated with false religion that nearly all of them are going to Hell. Acts 17:27 teaches us that the reason why God scattered mankind at the Tower of Babel was so they they would “seek the Lord.” Before Babel, the entire world became corrupted, so bad, so fast, that God decided to destroy the world by flood. When Noah and his family got off the ark, they were all Christians. But it was just a matter of time before the world once again went into utter wickedness, and Noah's descendants forsook God.

As hard as it is to imagine, entire nations will be cast into the Lake of Fire. It will be very sad in eternity, when an entire culture is cast into Hell forever. So many people are going to Hell because don't love God more than their own family and nation. This is why Jesus taught that a man must hate his own family (Luke 14:26), in comparison to his love for God. Jesus was teaching that we ought to obey God above all else (Romans 3:4). I know people who won't come out of the Catholic Church because they love their family more than God. It is evil. I know people who won't go soul-winning, because they love this present world (2nd Timothy 4:10). Hardly anyone loves God anymore.

All of the Arab nations today are predominantly Muslim, following the false religion of Islam. Those nations will all be cast into Hell. Only those few individuals who have been born-again in Jesus Christ will be spared the wrath of God in Hell fire. Romans 5:9, “Much more then, being now justified by His blood, we shall be saved from wrath through Him.” Only through faith in the blood of Jesus Christ can anyone be saved from the wrath of God the Father.

The Bible proclaims in Psalm 9:17 that the wicked and ALL THE NATIONS THAT FORGET GOD shall be turned into Hell.

1st John 2:22 plainly teaches that anyone who denies Jesus is the Christ is a LIAR. Anyone who teaches and follows ANOTHER GOSPEL is going to Hell (2nd Corinthians 11:4). The perverted Gospel of the Catholic religion is demonic. As much as I try to warn people and wake them up, most people don't listen. They are fools headed for destruction in Hell.

I believe that Jesus is the Christ, the Son of God, and He is my righteousness. 1st Corinthians 1:29-31, “That no flesh should glory in His presence. But of Him are ye in Christ Jesus, who of God is made unto us wisdom, and righteousness, and sanctification, and redemption: That, according as it is written, He that glorieth, let him glory in the Lord.” Amen! This is the simple truth. Jesus is our righteousness. That is the only way you can get to Heaven, i.e., through the righteousness of Christ, which is by faith. Anyone who teaches that you must give up the world, give up your will, give up living in sin, give up this, give up that... are teaching a false Gospel. Salvation is receiving; not giving. Eternal life is the free gift of God, paid for by Jesus' precious literal blood (1st Peter 1:18,19). You give up your sinful lifestyle because you are a Christian; not to become a Christian.

Oh, if only preachers would once again warn sinners of the vengeful wrath of God and the frightening judgment to come.  2nd Corinthians 5:11, “Knowing therefore the terror of the Lord, we persuade men; but we are made manifest unto God; and I trust also are made manifest in your consciences.” If we as believers don't warn the unsaved of the judgment to come, then who will?

“Somebody says, 'The thought of Hell is so horrible.' Well, my friend, so is cancer, so is tuberculosis, so is the grave. Someone said, 'I believe sin ought to be punished, but not for eternity.' That's your view, not God's.

Now, these things come to us out of the Word of God. The teaching of eternal punishment should give us a hatred for sin. We ought to hate sin. The reason we have changed so much in this day in all of our churches is that we are not hearing much on this subject. Therefore, we endorse sin. We engage in sin. We camouflage the sin in our lives and allow things to go by, instead of hating sin as God wants us to hate sin . . .

The teaching of eternal punishment should give us a passion for the souls of men.”

The Biblical doctrine and reality of God's wrath has been abandoned in America's pulpits. Psalm 7:11, “God judgeth the righteous, and God is angry with the wicked every day.” 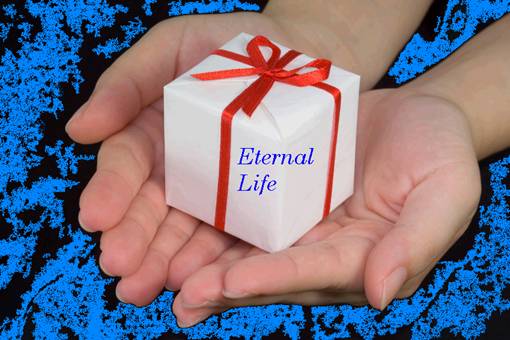