Stand By Your Man

One of my favorite country songs is, Stand By Your Man, by Tammy Wynette.  Although not a Christian song in itself, and certainly not sang by a woman that exemplified the Christian life, I can't think of any advice more Christ-honoring for Christian wives today than... Stand By Your Man!

It is tragic that Christians are getting divorced in the U.S. at the same rate as the unsaved heathens.  This is a shame upon America's churches!  The sad truth is that America's pastors have failed to expose the wickedness of divorce.  Divorce is a woeful sin--a sin that perpetuates a lifetime.  Some sins last only for a moment, such as cursing; but divorce is one of those sins that causes lifetime consequences.  Divorce is a Trojan Horse sin, which brings with it many evils, hurts, and sorrows.  When a person files for divorce, they are bringing the judgment of God upon them self, because the miseries and burdens which they inflict upon their spouse will adversely affect them for a lifetime.  God doesn't take sin lightly, and you can rest assure that no one is going to get away with anything... "But I say unto you, That every idle word that men shall speak, they shall give account thereof in the day of judgment" (Matthew 12:36).

Stand by your man ladies!  There's no such thing as a perfect marriage.  In fact, there's nothing perfect in this sinful world, although some of you may feel that your spouse is a perfect jerk.  Regardless, you made a promise on your wedding day "for better, for worse; 'til death do us part."  You are a LIAR if you file for divorce.  It's been said that love is blind, but marriage is a real eye opener.  So true!  It's been said... life's what happens to us while we're making big plans.  Things generally don't turn out the way we intended in life.  Many people think their marriage is the worst, but it's not.  No two people, I don't care who they are, can be around each other for any length of time, without eventually stepping on each other's toes, or getting on each other's nerves.  This is normal.  The correct response is to spend some time away from each other; BUT, in the case of marriage, a divorce should always be out of the question.  The word "divorce" should be stricken from your dictionary, especially if you profess the name of Jesus.

Divorce should NEVER be a viable option, i.e., with the circumstances being as they are.  Nearly all people file for divorce at a low-point in their marriage.  They allow the circumstances to control their decision making, instead of making sound decisions based upon the principles of God's Word.  We should never make a decision when our decision maker is broken.  And please, never allow any idiot to talk you into filing for divorce.  As hard as it is to grasp, many pastors and pastor's wives today are actually recommending divorce.  This is sinful and unscriptural.  In these dark days of apostasy, we will be seeing a lot more of this type of wickedness.

What Do the Scriptures Say About Divorce? 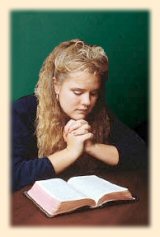 Nearly all professed Christians who commit the sin of divorce "twist" the Scriptures in an attempt to justify their sin.  One common Scripture which they misinterpret is Matthew 5:31-32, which states, "It hath been said, Whosoever shall put away his wife, let him give her a writing of divorcement: But I say unto you, That whosoever shall put away his wife, saving for the cause of fornication, causeth her to commit adultery: and whosoever shall marry her that is divorced committeth adultery."  If you interpret this Scripture within the entire context of Matthew chapter 5, you cannot claim that Jesus was permitting divorce.  In fact, Jesus was condemning divorce altogether.  Jesus was not correcting the Law in Matthew chapter 5; rather, He was reinforcing the Old Testament Law.  The OT Law forbids killing; but Jesus contended that hatred is also as the sin of murder.  The OT Law forbids adultery; but Jesus said that sexual lust is equal to committing adultery.  Jesus was condemning sins of the mind, as well as sins of the flesh.

You see, the Pharisees (i.e., Jewish religious leaders) didn't see themselves as being sinful, because they did a splendid job of hiding their sins.  Jesus was focusing on the purpose of the Law of God, which is that every mouth may be stopped, and all the world may become guilty before God" (Romans 3:19).  Jesus was teaching the crowd that they were sinners, far more than they may have previously realized.  The Law was not given for us to keep in order to merit Heaven, which is impossible for anyone to do.  The Law was given as our schoolmaster to bring us unto Christ, that we might be justified by faith (Galatians 3:24).  Thus, Jesus wasn't permitting anyone to get divorced.  The purpose of Jesus' teachings here in the Beatitudes was to show the people their wickedness, and consequent need for a Savior.  How ridiculous that so many people today twist Jesus' Words out of context, in an attempt to justify the very sins he was trying to demonize.  To claim that Jesus was allowing divorce under certain circumstances is preposterous.

Do you know what the very next verse after Matthew 5:32 says?  Keep in mind that Matthew 5:32 is the Scripture that MANY people run to when they want to file for divorce, i.e., break their marriage VOWS.  The next verse states... "Again, ye have heard that it hath been said by them of old time, Thou shalt not forswear thyself, but shalt perform unto the Lord thine oaths: But I say unto you, Swear not at all; neither by heaven; for it is God's throne."  In other words, some people think that a vow isn't valid unless it is made in God's eyes.  I once knew a man who said that he and his cocktail waitress girlfriend were going to get married at city hall.  He said they didn't want a church wedding, just in case their marriage failed, so they wouldn't be in trouble with God.  How ridiculous, yet this is the way many people think.  Matthew 5:33 is saying that a promise is a promise, whether you swear by Heaven, the dirt of the earth, or the name of God.  Point being, you made a VOW, a PROMISE, on your wedding day to remain married to your spouse, through thick and thin, hell, wind, or high water, for better, for worse, 'til death do us part.  There are NO exceptions!

If every person quit their marriage who had a legitimate reason to do so (at least in their own mind), then nearly everyone would be divorced.  Every marriage and family has dirty laundry (1st John 1:8-10).  "He that is without sin among you, let him first cast a stone" (John 8:7).  Ladies, stand by your man!  And you husbands, stand by your woman!  Marriage is NOT an agreement, it is a LIFETIME COMMITMENT!  Don't you be a liar!  There is nothing more sacred than the institution of marriage; and the Godless meddling fools, who even as much as lift a finger to assist in breaking up a marriage, will endure the harshest judgments of Almighty God!!!  "What therefore God hath joined together, let not man put asunder" (Mark 10:9).  That is a command from God!  Woe unto the lawyer, judge, social worker, pastor, pastor's wife, counselor, doctor, psychologist, family member, or so-called friend who treads upon holy ground to destroy what God hath joined together.  You'd be better off playing with razor-sharp barbed wire, and then taking a bath in alcohol, than to tamper with someone's else's marriage.  You're trespassing on holy ground!

Stand By Your Man!

Anyone can be a quitter.  Anyone can throw in the towel and pursue greener pastures.  One divorced woman said to me that her life has been much better since she divorced her husband.  Regardless, she broke her marriage vows!  What about her husband's life?  What pains, burdens, and miseries did she hurl upon him by abandoning him, and filing for divorce?  In this selfish, one-way, Godless, self-righteous generation that we are living in, people only think about themselves.  2nd Timothy 3:1-2 warned us that these times would come... "This know also, that in the last days perilous times shall come. For men shall be lovers of their own selves..."  All this woman is focusing on is the fact that HER LIFE is better.  But what about her husband's life?  He's living in Hell because of her, and she could care less.  Do you think God just looks the other way?  No, Jesus said that we will give account for everything, even the very words that come out of our mouth (Matthew 12:36).

One's true test of character is what it takes to stop him (or her).  Anyone can quit, but it takes a special person nowadays, who loves the Word of God, and the Lord, and hopefully their spouse, to honor their marriage vows when people all around them are quitting their marriages.  So I say to you ladies, be strong in the Lord, hang in there, and Stand By Your Man.