There's not a more arrogant and sinfully proud group of men on the earth than the Catholic Vatican. Untold hundreds-of-millions of people will be tormented in the fires of Hell because they trusted the Catholic Church to forgive their sins, instead of obeying the Scriptures and trusting upon Jesus Christ... "Behold the Lamb of God, which taketh away the sin of the world" (John 1:29). The following news release appeared on November 23, 2008...

John Lennon was forgiven by the Vatican for his 1966 comment that the Beatles were more famous than Jesus Christ, Reuters reported. 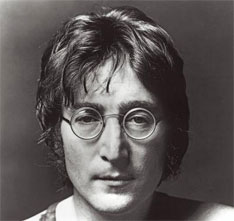 "The remark by John Lennon, which triggered deep indignation mainly in the United States, after many years sounds only like a 'boast' by a young working-class Englishman faced with unexpected success, after growing up in the legend of Elvis and rock and roll," Vatican daily Osservatore Romano said.

After Lennon made the comment to a London newspaper, some Christians in the United Stated became infuriated, and burned the Beatles' records in huge gatherings.

The Vatican newspaper article forgiving Lennon went on to praise the Beatles.

The fact remains that 38 years after breaking up, the songs of the Lennon-McCartney brand have shown an extraordinary resistance to the passage of time, becoming a source of inspiration for more than one generation of pop musicians," it said, according to Reuters.

First, the Vatican is nothing! Who are they to forgive anyone's sins? Despite Catholicism's flawed theology which they claim gives them the power to forgive people's sins, the Word of God plainly states in Luke 5:21, "Who can forgive sins, but God alone?" Again in 1st Timothy 2:5 we are cautioned, "For there is one God, and one mediator between God and men, the man Christ Jesus." Yet, Catholic priests sinfully boast of having power to forgive sin. They do not!

Second, John Lennon was an evil man who said some very horrible things about the Lord Jesus Christ. Despite the Vatican's lame attempt to whitewash Lennon's comment about The Beatles being more popular than Jesus, how does the Vatican explain away the following derogatory comment made by John Lennon in his book, A Spaniard in the Works, portraying Jesus Christ as...

Was this comment also “a 'boast' by a young working-class Englishman faced with unexpected success.” No, it was an expression of Lennon's bitter hatred against Jesus Christ and the Bible. Few people realize that the infamous Satanist, Aleister Crowley, appeared on The Beatles' Sergeant Pepper's album cover (back row, 2nd head from the left). Lennon was a committed servant of Satan, clearly evidenced by his frequent usage of the Satanic hand sign (bottom row right).

Third, John Lennon is sadly burning in the fires of Hell this moment, and there's absolutely nothing that anyone on this earth can do about it. Once a person dies, they either die in the Lord and go to Heaven (Revelation 14:13); or else they die in their sins and go to Hell forever (John 8:24). God is a merciful God and will abundantly pardon our sins if we want to be forgiven (Isaiah 55:7); but for those who forget God, like John Lennon did... "The wicked shall be turned into hell, and all the nations that forget God."

Have you forgotten God? Many ungrateful people are placing God on trial nowadays, spitting in Jesus' face (Matthew 26:67) and living as if there's no God. Please don't go to Hell. God loves you and wants to wash away your sins (2nd Peter 3:9), but the only way to be saved if through the precious name of Jesus Christ... "Jesus saith unto him, I am the way, the truth, and the life: no man cometh unto the Father, but by me" (John 14:6). "To him give all the prophets witness, that through his name whosoever believeth in him shall receive remission of sins" (Acts 10:43).

Sadly, The Beatles Were More Popular Than Jesus 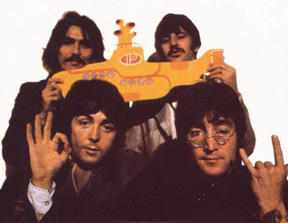 And they still are today! This is no surprise, for Jesus said in John 15:18-19... "If the world hate you, ye know that it hated me before it hated you. If ye were of the world, the world would love his own: but because ye are not of the world, but I have chosen you out of the world, therefore the world hateth you." The unsaved world hates Jesus Christ and all Christlike believers. The Beatles were more popular than Jesus in an American culture saturated with fornication, substance abuse and pornography. The Lord Jesus Christ isn't very popular in Sin City Las Vegas, nor is He popular in The City of Witches in Salem, nor is He popular in adulterous Hollywood, nor is He popular in abortion clinics (abortuaries) across America. In 1962 prayer was banned from America's public schools, and the Bible in 1963. Should it be surprising that in 1966 The Beatles realized that they were more popular than Jesus in America culture? Not at all.

How many teenagers do you know who have a Biblical painting or a poster of their favorite preacher on their wall? Good luck finding even one. Instead, teens by the MILLIONS have posters of wicked entertainers such as Satanist Ozzy Osbourne, the whore Britney Spears, or whoremonger Gene Simmons on their wall.

Here's just a quick glimpse of how beloved Ozzy Osbourne is in the United States...

"Since its start, five million people have attended Ozzfest, which has grossed over US$100 million. The festival also helped promote many new hard rock and heavy metal acts of the late 1990s and early 2000s, including System of a Down, Drowning Pool, Limp Bizkit, Korn, Disturbed, HIM, Linkin Park, Atreyu, Papa Roach, Velvet Revolver, Godsmack, Avenged Sevenfold, Otep, and Slipknot. Up until the 2006 tour, Osbourne was always the headlining artist (either solo or with Black Sabbath), it has also featured other famous artists such as Danzig, Sepultura, Marilyn Manson, Pantera, Iron Maiden, Judas Priest, Slayer, and Megadeth. Ozzfest also helped Osbourne to become the first hard rock and heavy metal star to hit $50 million in merchandise sales."

I wonder how many pastor's schools have grossed $100,000,000? Ozzy has made $50,000,000 just in merchandise sales, sold to Americans who love Ozzy's Satanism, blasphemy against God and deranged behavior (such as biting the head off a live dove). Ozzy Osbourne was known for his strange stage antics during the early 1980s. His 1982 bat-biting incident in Des Moines is still one of rock 'n' roll's most infamous moments. The guy's a sicko fruitcake. Yet Americans can't seem to get enough of Ozzy. Recently Ozzy has been featured in TV commercials and has received a $20,000,000 contract from MTV. Woe unto Ozzy and Sharon Osbourne, the Lake of Fire awaits them! Rock 'N' Roll is of the Devil.

According to FoxNews, "The Vatican newspaper article forgiving Lennon went on to praise the Beatles." Praise The Beatles? Why would the largest religious organization on earth praise a group of smirkish punks, drug-attics, Communists, fornicators and blasphemers, who brought much immorality and shame to America?  Paul McCartney said...

The answer is that the Catholic Church itself is of the Devil. The Beatles represent everything that the Bible condemns concerning sinful living, worldliness and demonic philosophies.

Ozzy Osbourne is not nearly as much of a threat as the infamous Catholic Church, who has led over one BILLION people into Hellfire. In fact, Ozzy is a grain of sand in comparison to the sandbox of damage that the Catholic Church has done throughout their dark history. The Catholic Church is the biggest menace to society today, and will likely be the origin of the False Prophet in the End Times. Woe unto the Vatican.

It doesn't surprise me that the Vatican praises a Communist punk group like The Beatles, considering that the Vatican also approves of witchcraft. The Beatles were superb musicians, no doubt, perhaps even musical geniuses of their time; but Rock 'N' Roll music itself is synonymous with sexual immorality, rejection of Jesus Christ, rebellion and pro-Communist philosophies. The Beatles are of the Devil. 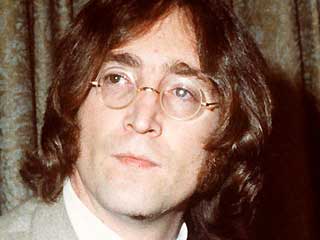 Salvation is of the Lord; not the Vatican. The Vatican is a cesspool of iniquity, owned and operated by flawed men who are saturated with sins themselves. How can they forgive other's sins when they can't even redeem themselves? Oh listen my friend, don't believe the lie! John Lennon didn't sin against the Catholic Church, he sinned against God. All sin is against God... "There is none greater in this house than I; neither hath he kept back any thing from me but thee, because thou art his wife: how then can I do this great wickedness, and sin against God?" (Genesis 39:9). Joseph told Potiphar's wife that he dare not commit adultery with her, because it would be a SIN AGAINST GOD!

Lennon's blasphemous comments against the Holy Spirit were sins against God. The Vatican has no right nor power to forgive Lennon, who tragically died in his sins without Christ. What good was Lennon's earthly life of immoral sex, booze and the Devil's music? Look at where John Lennon is now... "In flaming fire taking vengeance on them that know not God, and that obey not the gospel of our Lord Jesus Christ. Who shall be punished with everlasting destruction from the presence of the Lord, and from the glory of his power" (2nd Thessalonians 1:8,9).

John Lennon will spend eternity burning in the Lake of Fire according to the Scriptures (Revelation 20:11-15). This will be the same fate of all the wicked who forget God. Life is so short and unpredictable. Are you willing to risk eternity?

Please don't make the foolish mistake of thinking the Vatican can forgive anybody—they cannot! Only Jesus has the nail-scared hands and feet, so only Jesus has the power to forgive. Salvation is so simple. Eternal life is a free gift (Romans 5:15; 6:23), freely received (Revelation 22:17). Salvation is free because Jesus paid for our sins with His own precious literal blood (1st Peter 1:18,19; Hebrews 9:12). Only Jesus' blood can wash away our sins (1st John 1:7). How dare the Vatican arrogantly claim to have power to forgive men of their sins!!! They cannot.

Who Can Forgive Sin?