How to Stump an Atheist

Ask an atheist if he or she believes in the existence of aliens?  If they answer, "no," then ask them how do they know that?  Have they gone to all the other galaxies throughout the universe?  The truth is that no atheist can reasonably deny the existence of alien life.  To do so would be utter ignorance.  If an atheist answers, "yes," then they have contradicted their claim that there is no God.  Is not God an Alien?  By every definition of the word, God is an alien, i.e., He is not of this earth.  For an atheist to profess believe is alien life, while simultaneously denying the existence of God, is utter hypocrisy and foolishness.

The Scriptures do not teach the existence of alien life in the sense of invading Martians, alien abductions, or close encounters, as seen by Hollywood; however, angels, demons, and Heaven's hosts are definitely alien to mankind.  No person can honestly claim to be an atheist.  To do so is to deny the existence of alien life, and who can honestly say that they've explored the entire universe?  Can any human know what exists in all the galaxies of the universe?  Scientists used to estimate that there were 50,000,000,000 galaxies in the universe; BUT, with the launch of the Hubble Space Telescope, astronomers now say that there are over 200,000,000,000 galaxies in the universe, and some scientists have claimed as many as 500,000,000,000!!! 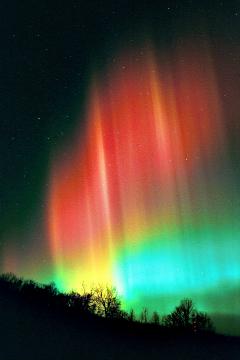 Perhaps some atheists will agree to the existence of alien life, but deny the God of the Bible; however, how do they know that?  Was the Bible written by men alone?  The Bible came about by absolutely impossible circumstances.  How could 40 men, over an extended time period of 1,500 years, with differing personalities, from different nations, write 66 separate Books that all perfectly harmonize in meaning and Biblical prophecy?  The only answer is Divine intervention!

Could not an alien life form be God, man's Creator?  Recent TV shows and movies have alluded that alien gods constructed the Egyptian pyramids, and millions of people believe this nonsense.  I say "nonsense" because there is NO evidence whatsoever of such radical claims.  Yet, the same people who believe such nonsense, absolutely refuse to even consider that there is a Holy and Just God in Heaven, who Authored the Bible, and created mankind for His own pleasure (Revelation 4:11).  Nature itself is solid proof of the existence of God (Romans 1:20).  The Bible is God's Word (2nd Timothy 3:16).  Only a willingly blind fool would dogmatically deny the existence of God, or that the Bible is God's Word.

So the next time someone tells you that they don't believe in God... ask them if they believe in alien life?

Why No History? (Proof that evolution is a hoax!)