Are There Humans On Other Planets?

Genesis 3:20... “And Adam called his wife's name Eve; because she was the mother of all living.” 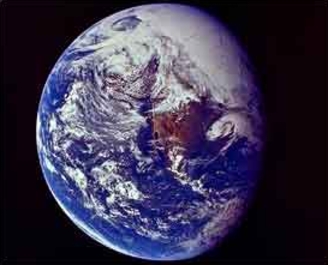 No. The Bible states in Genesis 3:20... “And Adam called his wife's name Eve; because she was the mother of all living.” The Word of God plainly states that Eve is the “Mother of all living,” which means that all humanity descended from Eve. Astronomers, Scientists and researchers will NEVER find any human nor intelligent life elsewhere in the universe.

God made the earth special. God created the moon, sun and stars for mankind, to light and rule the night sky (Genesis 1:16). God created heaven and earth and the seasons...

Jeremiah 32:17, “Ah Lord GOD! behold, thou hast made the heaven and the earth by thy great power and stretched out arm, and there is nothing too hard for thee.”

Psalms 74:17, “Thou hast set all the borders of the earth: thou hast made summer and winter.”

There are many scientists and astronomers today, wasting countless millions of hours in research and exploration in hopes of finding evidence of intelligent alien life in the universe. Our Milky Way solar system is 70,000 light-years in length. To give you an idea of how gigantic that is, it would require a man living to be 70-years-old, traveling at the speed of light (186,282 miles per second) for 1,000 lifetimes. Obviously that is impossible. NASA has sent out dozens of spy data satellites, which have sent back incredible photos of Saturn's rings and information about the other planets. Truly, God is amazing and His greatness is unsearchable. Who can fathom the greatness of God? Psalms 145:3, “Great is the LORD, and greatly to be praised; and his greatness is unsearchable.”

Billions of taxpayer dollars are wasted on these space programs, while 18,000 children starve to death every day upon the earth. While our government squanders trillions of dollars in unconstitutional foreign aid and socialist welfare handouts, U.S. disabled veterans can't even afford to buy a home. Meanwhile congress continues to consent to the Communist deindustrialization of our country. But that's another article for another day.

Man will never find intelligent life on others planets. God made the earth unique. Only a Christ-rejecting, Bible-denier, would choose to believe the bizarre claims of evolutionists. The entire mindset of an unsaved person (non-Christian) is drastically different than the Christian's mindset. As a born-again believer I ascribe to the teachings of the Bible, recognizing it as God's inspired Word. The Bible is not only the final authority in all matters, it is THE ONLY AUTHORITY!!! To the unbeliever, the Bible means nothing; but to the Christian the Bible is our spiritual source of nutrition (1st Peter 2:2), our weapon (sword) to fight evil (Hebrews 4:12) and a lamp to light our path throughout life (Psalms 119:105).

Do you really believe that life just happened? Do you think order by chance came from chaos? What are the chances that life evolved, giving man the dominion over all other creatures on earth? If evolution were true, scorpions and spiders (and other predatory creatures) could have been dominant over mankind, feasting on the human race as we do the animal kingdom. That reminds me of a funny bumper sticker I saw which read, “I love animals... they're so tasty!” That's what PETA (People for the Ethical Treatment of Animals) really stands for... People Eating Tasty Animals! (lol). I'm getting hungry!

If evolution were true, man could have evolved to become dinner for the animal or insect world. It's not a coincidence that only mankind has a brilliant mind that can compose music, write books and travel to other planets. When I consider the incredible majesty of the universe, and the awesome wisdom and intelligent design behind creation, the only reasonable conclusion is a divine, omnipotent and personal God. How could any fool believe that the universe just happened? The love of sin is what compels people to doubt God's Word, fabricate bogus theories about creation and reject Jesus as the Christ (John 3:20).

NASA, unbelievably, believes (officially) that the earth and moon formed from a chaotic collision between two planetary objects. Men would have been helpless, as are insects today against man. Only man has a spirit to compose a symphony, write a poem or worship God. Why don't other creatures have this ability if we all evolved from the same origin as evolutionists claim? Where did man's sin nature come from? Why do recorded civilizations only go back to about 2,500 BC (Egypt being the first, then Assyria, then Babylon, Medo-Persia, Greece, Rome and now today)? Next is world government, then the end of the world as we know it, and then finally Christ's second coming to reign as King over the earth! Even so, come, Lord Jesus!

Mankind in his unbelief and arrogance will continue to doubt God's Word, and they'll never find human life elsewhere. The Bible already answers this question for us. The only place in the entire universe where human life exists is here upon the planet earth.