The Associated press has reported on 07-20-11 that millions of people in Somali are on the brink of starvation and death due to a 2-year draught in the nation.

“Exhausted, rail-thin women are stumbling into refugee camps in Kenya and Ethiopia with dead babies and bleeding feet, having left weaker family members behind along the way.”

The southern U.S. state of Mississippi is the most obese state in America, where 34% of the population are fat slobs. Yet, upwards of at least 20,000,000 Somalians are on the verge of death and starvation because they have no food.

The trashy, gospel-singer gone lesbian-feminist, Katy Perry (real name Katheryn Elizabeth Hudson) makes $1,250,000 per month, $312,500 per week or $62,500.00 per day! Perry’s first record was an unsuccessful self-titled gospel album released in 2001. Perry released her first internet single “Ur So Gay” in 2007, but did not rise to fame until her second single “I Kissed a Girl” topped international charts in 2008. Perry is a curse to teenagers!

I'm only mentioning Katy Perry because she was in the news on 07-21-11 for leading MTV's nominations for 9 videos, including her lesbian video, “I Kissed a Girl” in 2008. Perry is a She-Devil. Sad to say, Perry's homosexual song went to number one in Europe's in 2008.

Even sadder are the backslidden, cowardly, apostate, so-called Christians who get upset with me for preaching against trash like Katy Perry that corrupt, ruin, and lead America's youth into lesbianism, apostasy, and every form of wickedness. GET RIGHT WITH GOD!!!

Researchers have found that the average American family throws away 1.28 pounds of food per day, for an annual total of 470 pounds per household, or 14 percent of all food brought into the house. 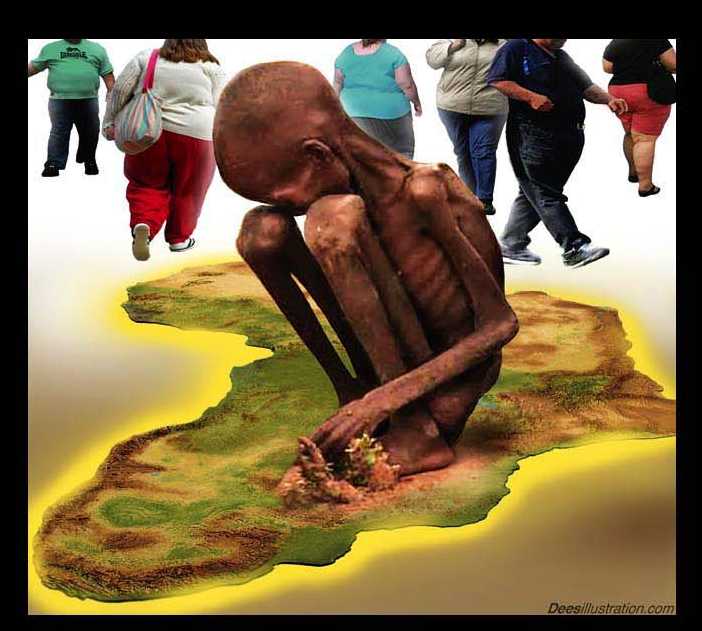 Philippians 3:18-19, “For many walk, of whom I have told you often, and now tell you even weeping, that they are the enemies of the cross of Christ: Whose end is destruction, whose God is their belly, and whose glory is in their shame, who mind earthly things.”

The Reason Why You Shouldn't Give Money to Big Charities

I am disgusted with America's charities, who pay their executives 6-digit salaries. Children International asks for donations of $22 per child to provide food, medical, education and other needs. Yet, their CEO was paid $347,381 in 2007! It is appalling to me that an organization that stresses how far a mere $22 will go per month, pays their CEO $347,381 a year! That's just plain wrong in my opinion. Anything can be justified, but that doesn't necessarily make it proper or ethical.

The Salvation Army isn't quite as bad, they only paid their CEO $175,050 in 2004. No doubt, they have all kinds of excuses to justify such outrageous salaries; but no one needs that kind of salary, and it is certainly unbecoming of a so-called “charitable organization.” I realize that top executives are often paid high salaries for their fund-raising abilities and expertise; yet, it's just inconsistent with all the plethora of ads we see begging for our donations, which might mean “life or death to some child.” If that's the case, just think how many more children's lives could be saved if the CEO's of these fat cat charities were to give back 80% of their salary, God forbid, and actually have to live on $75,000 a year! My, oh my, how would they survive?

What gets me is that a charitable organization can actually pay their CEO $375,000 a year and still be rated by the BBB as a great company. Not in my book! The BBB is a joke in America! Many companies who support the BBB are given preferential treatment. In my opinion, you can't trust information from the BBB, nor from America's big charities.

A lot of people give money to charities to boost their public image, feel good about themselves or to find a tax write-off. It is a sore evil in America. While an estimated 18,000 children continue to starve to death daily throughout the world, and others eat bugs to survive, America's biggest charities continue to pay their top executives outrageous salaries. It is a false balance in God's eyes. Few people realize these days that America's charities have become lucrative businesses.

My advice to people is to find some poor person and give the money directly to them. There are many poor people today, and others who have lost their jobs, or are homeless, and you can be a blessing to them directly. And best of all, you know that 100% of the money is going to charity, and not helping to pay someone's $600,000 salary! Really, it is insane to pay someone that kind of money in a so-called “charity.”

Who do you think will appreciate your money more... some fat cat charity or a struggling family who has no income?

If you DO decide to support any charity, demand a financial report of where the donations are being spent. This way you can see first hand where your money is going, and can make sure that you're not buying someone a mansion in the suburbs. Don't accept a vague summary, kindly ask for specifics. If they don't disclose such information, give elsewhere. Honestly, too many people are abusing the system today, living extravagantly on donations, because people don't think.

I just can't in good conscience drop my money into a Santa Claus's bucket at Christmas time, when I know the top dog at the Salvation Army is getting paid $175,000 a year!

I cringe when I hear ads telling people how much their $22 a month can do to better a poor child's life, knowing that the CEO of that charity got paid $347,381 in 2007! Yet, so many people sit at home, staring at some picture of a child they're supporting for $22 a month, failing to realize that the CEO of that company makes 15-TIMES what the average American family gets paid annually. No CEO of a charitable organization ought to be paid more than $47,381 a year, which leaves $300,000 remaining from this guy's salary. For $22 per month, $300,000 can help an additional 1,136 poor children! Yet, the charity appeals to the American public, from families who are struggling financially to live on $30,000 a year, to give $22 per month. The whole charity scene in America is enough to make one want to go vomit.

Furthermore, most of those big charities don't share the Gospel with the people being helped. Even the Salvation Army is more Army than Salvation these days. When you give money directly to the poor, you can witness to them concerning Jesus Christ, or give them a Gospel of John. Just think how much further your money can go by giving it directly to the poor. I am a firm believer in helping the poor, but not through some fat cat organization that keeps back $600,000 a year for it's CEO. That's crazy!