“I have no greater joy than to hear that my children walk in truth.” —3rd John 1:4 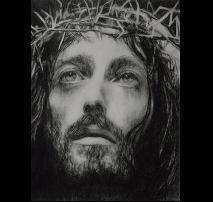 The truth is all around us, if we desire to have it. In this modern age of communication, one would deliberately have to not want the truth, than to remain ignorant.

Tragically, most people choose to remain woefully ignorant of the truth, and this includes Christians as well. Tell the average person about 911 being an inside job, and they just don't believe it. Even in the face of a preponderance of evidence that 911 was an inside job, with damning testimony from thousands of professionals ranging from architectural engineers to former members of the 911 Committee themselves, people still choose to believe that their own government leaders aren't capable of such wickedness, but it's the truth!

President Bush Jr. signed Presidential Directive w199-eye, effectively blocking the Justice Department and the FBI from investigating the suspect terrorists within the Bin Laden family in America. FBI Deputy Director, John O' Neill knew something evil was going to happen and so he resigned. They found him a new job as Security Director at the Trade Towers and murdered him his first day on the job... 09/11/01. No kidding! They killed him in the 911 attacks. They knew Mr. O'Neill would talk after the attacks, and so they silenced him forever. But his death sends a loud and clear message, indicting the Bush Administration of mass-murder.

They planned War Games in New York city that morning, pretending that there was going to be an attack on the Trade Towers, as a cover for their evil deeds. They used the exact same tactic in the 2007 London train bombings. The New World Order gang are ruthless mass-murdering thugs, Satan-worshippers, who rape children, kill families, dispose of anyone in their way, force nations into financial bankruptcy, and blaspheme the holy God of the Bible. They know the truth better than anyone, but despise and hate it vehemently, which is why their Hell will be the hottest.

The truth is not an option. It is not a novelty. The truth is a matter of life and death. The greatest truth in the world is the Gospel of Jesus Christ, which saves men from their sins and the curse of the Law of God (Romans 3:19). The Gospel is that Jesus died, was buried and rose again (1st Corinthians 15:1-4). Only by God's mercy and grace did Jesus come into the world to SAVE SINNERS (Titus 3:5). We are so undeserving. Romans 5:8 says that while we were yet sinners Christ died for us. Jesus died for us, knowing how ugly our sins would be. The Lord could have just let us all go to Hell forever where we belong for our sins. Most people are sinfully rebellious against God and His Word, i.e., the truth (John 17:17).

I know numerous Catholic people, whom I have warned often about the idolatrous Catholic religion that leads families into hellfire; but they are wicked in their hearts and couldn't care less about pleasing God. They have been brought up in false religion, as part of their heathen culture, such as in the Philippians, and you can't talk sense to most of them. They are going to Hell, and they'll have no one to blame except themselves. The Word of God means nothing to them, because they've been taught that there are so many different ways to interpret it that no one can be right. The Bible is rock solid clears on the gift of eternal life, which Jesus paid for with His own precious literal blood (1st Peter 1:18-19). It's Jesus or Hell.

The reason why Matthew 7:13-14 teaches that the gate is narrow and the way is straight unto eternal life is because it requires that a person receive the truth. Most people are content in the deception and lies of false religion. When I tell them the truth of God's Word, they shirk it off as just someone else's opinion. It's not my opinion, it's what the Bible teaches. When people tell me about their religious beliefs, they don't quote Scriptures, they just repeat what their priest told them. They have no idea what they believe. They've been taught that God is love, so it doesn't matter what anybody believes, just as long as they're sincere God will let them into Heaven. The TRUTH is that you will spilt Hell wide open if you die in your sins without Christ.

"For God so loved the world, that he gave his only begotten Son, that whosoever believeth in him should not perish, but have everlasting life." —John 3:16