What Is True Success?

"For what shall it profit a man, if he shall gain the whole world, and lose his own soul?" -Mark 8:36

I recently saw an interview on PBS.  Both Bill Gates and Warren Buffet were being interview by a group of university college students.  Two of the richest men in the world, sitting side-by-side, answering questions about their success; yet, they are poorer than poor.  It was noted on the TV screen that Bill Gates and his family live in a $119,000,000 home in Washington state!  Mr. Gates pays more property taxes on his home each year, than most people pay for their entire home.  Bill Gates made his fortunes as the founder and CEO of the Microsoft Corporation.  Warren Buffest made his billions from Coca Cola and other companies in the stock market.  By worldly standards, there isn't any greater success than to be filthy rich.  However, neither of those men can take even one penny of their accumulated wealth with them... "For we brought nothing into this world, and it is certain we can carry nothing out" (1st Timothy 6:7).

Bill Gates and Warren Buffet are both agnostics, i.e., they say they don't know whether there is a God or not.  How can anyone be considered a "success" if they haven't even figured out that there is a God... "For the invisible things of him from the creation of the world are clearly seen, being understood by the things that are made, even his eternal power and Godhead; so that they are without excuse: Because that, when they knew God, they glorified [Greek: acknowledged] him not as God, neither were thankful; but became vain in their imaginations, and their foolish heart was darkened. Professing themselves to be wise, they became fools" (Romans 1:20-22).  I can't think of any bigger fool than a man who questions the very existence of God.  Psalm 19:1-3 state... "The heavens declare the glory [Hebrew: goodness] of God; and the firmament sheweth his handywork. Day unto day uttereth speech, and night unto night sheweth knowledge. There is no speech nor language, where their voice is not heard."  Only a willingly ignorant fool would question the existence of a divine and omnipotent God.  Bill Gates and Warren Buffet... successful?  No way!  I wouldn't want to be in their Hellbound condition for all the money in the world.

TRUE SUCCESS must begin with faith in God, for Hebrews 11:6 declares... "But without faith it is impossible to please him: for he that cometh to God must believe that he is, and that he is a rewarder of them that diligently seek him."  God is a wonderful God, who sent His only begotten Son into the world to die for our sins (John 3:16).  God in Heaven became flesh and dwelt among men (1st Timothy 3:16; John 1:1,14).  What a Savior!  Yet, rich men deny the Savior.  To question the existence of God is to deny the Son of God, which according to 1st John 2:22 makes Bill Gates and Warren Buffet LIARS and ANTICHRISTS.  1st John 2:22 states... "Who is a liar but he that denieth that Jesus is the Christ? He is antichrist, that denieth the Father and the Son."  I am not trying to be unkind, just Biblically realistic.  Bill Gates and Warren Buffet are no heroes, and certainly are not successfully by Biblical standards.

"O Timothy, keep that which is committed to thy trust, avoiding profane and vain babblings, and oppositions of science falsely so called" -1st Timothy 6:20

Bill Gates says that he prefers rather to take a scientific approach to things...

In a November 1995 interview on PBS by David Frost, Bill gates stated:

In terms of doing things I take a fairly scientific approach to why things happen and how they happen. I don't know if there's a god or not, but I think religious principles are quite valid.

A scientific approach?  Science testifies of a divine God more than anything.  Life is incredibly delicate, has structure to it, and could not have "just happened."  There's a program on Walt Disney's History Channel called Beyond The Big Bang which claims that 98% of the universe was created in a 3-minute period after the BIG BANG!  My question is: Have you ever seen anything BLOW UP, i.e., explode, and become something orderly, structured, and well-crafted?  No!  Evolutionists are liars.  The fact that there is NO recorded history prior to the Egyptian empire PROVES that the earth is only about 6,000 years old.  The evolutionist's "missing link" will never be found, because it doesn't exist.  There are NO primitive degenerative forms of man (unless of course you take into consideration idiots like Charles Darwin).  In sharp contrast, the Word of God states in 2nd Corinthians 10:5... "Casting down imaginations, and every high thing that exalteth itself against the knowledge of God, and bringing into captivity every thought to the obedience of Christ."  Evolution exalteth itself against the knowledge of God.

Bill Gates is a fool according to the Bible... when they knew God, they glorified him not as God, neither were thankful; but became vain in their imaginations, and their foolish heart was darkened. Professing themselves to be wise, they became fools (Romans 1:20-22).  Bill Gates is praised by young entrepreneurs worldwide; yet he is a fool, as is Warren Buffet.  No man ought to be esteemed as being "wise" who possesses not the KNOWLEDGE OF GOD.  The Bible states... "My son, if thou wilt receive my words, and hide my commandments with thee ... Then shalt thou understand the fear of the LORD, and find the knowledge of God" (Proverbs 2:1,5).

The "knowledge of God" begins with the Word of God.  The man who rejects or ignores the Bible is a total fool.  There is nothing "scientific" about faith, which is why evolution cannot be "science," because it is only a theory accepted by faith, by unbelievers who desperately want to rid their minds of God... "And even as they did not like to retain God in their knowledge, God gave them over to a reprobate mind..." (Romans 1:28).  The same fools, like Bill Gates, who claim they cannot accept the Bible on mere faith, are the very hypocrites who unquestioningly accept the highly speculative theories of evolution.

According to an online article titled Bill Gates―A Story Of Success...

"He does not believe in mere luck or God’s grace, but just hard work and competitiveness."

Such a statement may sound noble to an unsaved person; but to a born again Christian, such a statement is certain evidence that Mr. Gates is going to Hellfire when he dies (2nd Thessalonians 1:8,9).  No person is "successful" who is going to be cast into the Lake of Fire forever (Revelation 20:11-15).  Everything good received in this life is by God's grace, including salvation.

Conclusion Of The Matter

How do you define success?  The Word of God asks the grave question in Mark 8:36... "For what shall it profit a man, if he shall gain the whole world, and lose his own soul?"  If you were the richest person in the world, it wouldn't bring you you one iota closer to Heaven.  Frank Sinatra died, leaving $100,000,000 behind to children's charity.  Do you think his money bought his way into Heaven?  No way!  Frank Sinatra lived a life of unrepentant sin, pleasuring himself in drunkenness, immoral women, and the Devil's music.  No amount of money, good works, or charity can atone for one's sins.  The only escape from Hell is through the precious blood of Jesus Christ (Hebrews 9:22).  Frank Sinatra mocked and ridiculed God's man, Billy Sunday.  So many people, like Mr. Sinatra, falsely think they can impress God through their own good works, which is impossible.

Of course, in the case of Bill Gates and Warren Buffet, they refuse to acknowledge the existence of God, thus effectively denying His eternal power and Godhead.  Bill Gates and his wife live in a $119,000,000 house, but no house can be a home without God.  Although Melinda Gates professes to be a Catholic, she is a devout supporter of Godless abortion and sterilization of poor women.  The Bill and Melinda Gates Foundation contributed $3,000,000 to Planned Parenthood in 2005 alone.  How can anyone be a success, who helps murder little babies?

TRUE SUCCESS must begin with faith in the God of the Bible (Hebrews 11:6).  True success must begin by trusting Jesus Christ as one's personal Savior (John 3:16-18,36).  True success must be centered in obedience to God's Word (John 14:15; 2nd Corinthians 10:5).  Apart from the Lord Jesus Christ and the Word of God, there can be NO true lasting success, for the Lake of Fire will be your home (2nd Thessalonians 1:8,9; Revelation 20:11-15).  You can keep this ole sinful world and all the pleasures it has to offer, just give me Jesus!  You can keep Hollywood and Walt Disney, just give me the Word of God!  True success is rooted in one's faith in the Word of God...

"This book of the law shall not depart out of thy mouth; but thou shalt meditate therein day and night, that thou mayest observe to do according to all that is written therein: for then thou shalt make thy way prosperous, and then thou shalt have good success." -Joshua 1:8 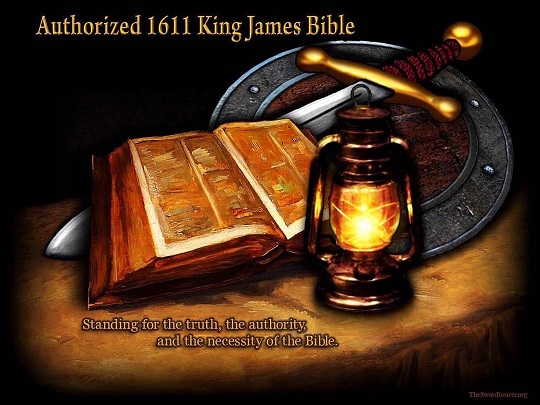 Only One Viewpoint Is Allowed | MP3
(by Pastor Steven L. Anderson!)