The False Prophet Of The New World Order

It was announced in the mainstream news media in May of 2014 that Israel wants to give Mount Zion and the tomb of David to the Vatican in Rome. Few people are aware that the Vatican owns much real estate in east Jerusalem. The Bible teaches in Revelation 13:11-15 that there will be a second beast (the False Prophet), who will make an IMAGE of the first beast (the Antichrist). If the Catholic pope is indeed going to become the False Prophet, then you can expect to see the Catholic church promoting the New World Order and the Antichrist.

Remember, it was the globalists (aka, Illuminati) who put Israel back on the map in 1948. Israel today is a counterfeit nation, waiting for their counterfeit Messiah (Antichrist), to establish the Antichrist's counterfeit world reign over mankind by lying wonders and murderous tyranny. Satan's Counterfeit Israel, Antichrist And World Rule (don't buy into the Devil's counterfeits).

The False Prophet's IMAGE of the Antichrist will likely be an Illuminati pyramid with an All-Seeing-Eye. The globalists are promoting The Great Pyramid especially though entertainment and music, which are the most powerful and effective control mechanisms over society. The Bible says in Revelation 13:15 that the False Prophet gives life to the IMAGE, likely a hologram with the power to both speak and kill anyone who refuses to worship the IMAGE of the Antichrist. World Leaders Gather Around Creepy Holographic Image Of New World Order Pyramid. The Illuminati pyramid that we are seeing everywhere nowadays is preparing the world to follow the coming man of sin, the Antichrist. Truly, the pretribulation Rapture must be nearer than we think.

In July of 2006 pope RATzinger was in Valencia, Spain, and here are some photos below of his trip!

The creepy photo to the right is where the Anti-Christ Pope preached ... see the big Horus eye?  This is Spain's City of the Arts and Sciences.  I think it's the biggest eye I have ever seen!  And of course ... a "Washington Monument" in the center of the photo!  There's even a small pyramid ... see top-left (across the street from the four tall buildings)!  This "plaza" is 100% occult Masonic!!!

Freemasonry is a Satanic organization, which is one of many occult groups that Satan uses to control the leaders of this evil world.  Such dens of vipers as Skull and Bones, Bohemian Grove, and Freemasonry are of the Devil.  Satan is the god of this wicked world (2nd Corinthians 4:4), and he controls this world through evil men and women who have sold out to him.  These men and women belong to occult organizations.  Such God-hating unbelievers show their allegiance to Satan, by identifying themselves with occult/illuminati symbols.  The "all-seeing eye" is without a doubt the hallmark symbol of the illuminous beast system (aka, the New World Order).

Below is a panoramic view of the City of the Arts and Sciences. The city is pictured full of Catholic patriots who came to listen to RATzinger's sermon about family values! I wonder what that's blue thing...?

And there's the False Prophet himself, next to the creepy illuminati eye!

Boy, this place is full of eyes!

Now this is quite an interesting photo below: Satan-possessed young people holding this banner with a triangle and the eye, except that the eye of Horus is replaced by the Pope's Dagon hat! That lady in blue doing the Satanic salute has no idea how correct she is!

Below we see carvings and diagrams of Dagon priests and their fish head hats along side the Pope with his similar fish-head hat holding the crooked cross of Mithra.

”And he causeth all, both small and great, rich and poor, free and bond,
to receive a mark in their right hand, or in their foreheads.” —Revelation 13:16

The Phoenix Bird is an ancient occult symbol:

The Phoenix Bird is one of the oldest occult symbols in the world, having been invented in the Egyptian Satanic Mysteries. Occultists believe that only one of these magnificent birds lives at any one time, and lives to be about 500 years old.  Then, it self-immolates and its body is reduced to ashes; however, a new Phoenix Bird immediately arises out of these ashes, to live another 500 years. [Manly P. Hall]

The Phoenix Bird is a symbol of Lucifer:

The Phoenix ... is believed to be a divine bird going back to Egypt ... This Phoenix destroys itself in flames and then rises from the ashes. Most occultists believe that the Phoenix is a symbol of Lucifer who was cast down in flames and who they think will one day rise triumphant. This, of course, also relates to the rising of Hiram Abiff, the Masonic 'christ'." [Bill Schnoebelen]

Come on little Manuelito, kiss the Queen of Heaven or you won't get any chorizo tonight! 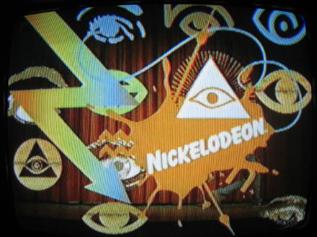 “For God, who commanded the light to shine out of darkness, hath shined in our hearts, to give
the light of the knowledge of the glory of God in the face of Jesus Christ.” —2nd Corinthians 4:6