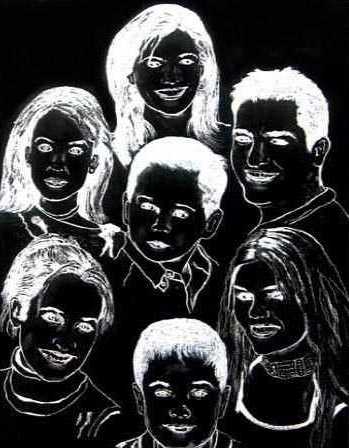 OCALA - Two third-graders arrested on felony charges of making threatening drawings of a classmate in their special education class at Wyomina Park Elementary School will avoid criminal prosecution under a plan offered by the State Attorney's Office.

Ocala Police led the boys from Wyomina Park in handcuffs on Jan. 25, after school officials reported the boys drew stick figures of themselves and a third boy. The third boy, identified by name and initials, was shown being stabbed and hanged.

Instead of felony prosecution, the defendants, ages 9 and 10, will enter a five- to seven-month counseling program.

They will be required to take part in anti-aggression and anti-bullying counseling, said Robin Arnold, Marion County division supervisor for the 5th Circuit State Attorney's Office. If the boys successfully complete the program, they won't face any criminal charges. The father of the 10-year-old defendant said Wednesday he was happy to see the criminal case against his son resolved.

The boy's father, saying his son has attention deficit disorder, said he believed the drawing was never meant as a serious threat to the victim.

"ADD children are very imaginative and they exaggerate greatly," he said.

With the criminal charges dropped, the boys are free to return to school, said Marion School District spokesman Kevin Christian.

"Our standard policy is, when the charges are dropped, they can return back to their school where they are based," Christian said. "We have decided these two students will not be put into the same classroom as the victim."

OCALA - Two boys, ages 9 and 10, were charged with felonies and taken away from school in handcuffs, accused of making violent drawings of stick figures.

The boys were arrested Monday on charges of making a written threat to kill or harm another person, a second-degree felony.

"The officer found they were drawing these pictures for the sole purpose of intimidating and scaring the victim," said Ocala Police Sgt. Russ Kern.

The boy depicted in the drawings told his teacher, who took the sketches and contacted the school dean, Marty Clifford. Clifford called police, who arrested the boys after consulting with the State Attorney's Office.

They were also suspended from school.

One drawing showed the two boys standing on either side of the other boy and "holding knives pointed through" his body, according to a police report. The figures were identified by written names or initials.

Another drawing showed a stick figure hanging, tears falling from his eyes, with two other stick figures standing below him. Other pieces of scrap paper listed misspelled profanities and the initials of the boy who was allegedly threatened.

Parents of both of the arrested boys said they thought the boys should be punished by the school and families, not the legal system.

You know, the world is getting a lot crazier every day.  Kids are going to be kids!  The fact that these two boys were enrolled into a "special class" is irrelevant to the whole matter.  Kids say and do the darndest things.  I don't think there's a normal kid our there that doesn't think or do something wild and crazy every day.  I can't tell you how many times in my life that I've heard kids threaten to kill each other while playing, while chasing each other with sticks or some sharp instrument of torture.

It's normal folks, kids fight and repeat what they see on TV.  If society is going to freak out and have third-graders arrested, then maybe TV programs promoting violence should be illegal.  Of course, that would eliminate a substantial portion of prime-time TV.  Then again, before TV ever came along, kids were still play fighting with each other (and oftentimes it escalated into real fighting).

This is what children do, they love to rough-house and destroy everything in site.  Though try as they may to prevent conflict amongst their children, parents are going to be referees at times.

When I was a kid growing up on Chicago's north side in the 1970's, we used to play cops and robbers with toy GUNS.  We used to spray paint them black to make them look more real.  They were cap guns with loud exploding caps that sounded just like a real gun.  Can you imagine?  No one ever feared that the guns they were real.  We never feared a drive-by shooting back then.  We had never even heard of a drive by shooting.

Then two decades later, drive by shootings were commonplace throughout Chicago (including the neighborhood I had grown up in).  Spray paint is now illegal in Chicago.  Drug dealing is nearly everywhere in Chicago.  According to an Chicago SunTimes article a couple years back, Chicago's street gangs bring in over $500,000,000 a year in illegal drug sales.   My how things have changed for the worse...much worse.  It is for this very reason we finally moved away from Chicago.

When our car was stolen and destroyed, we knew it was time to move on.  Drive-by shootings, murders, gangs, prostitution, pollution, heavy traffic...not the best place to raise a family.  Did you know that the Chicago river is so polluted that there is actually a city ordinance forbidding people from wading their hands or feet in the water.  In the spring of 2004, Chicago failed 6 standardized air quality tests, which causes the deaths of over 50,000 Chicagoans a year from respiratory diseases and ailments.  We are destroying the planet.  Add to this this paranoia of society today and you've got a real mess.

When I was a kid, we used to LOVE fireworks.  The louder the boom the better.  Although M-80 firecrackers were illegal when I was growing up, it seemed that everyone had them on the fourth of July.  You didn't think twice back then about lighting off a cherry bomb or an M-80.  Today, believe it or not, lighting such a device makes you guilty of a felony crime.  A man lit one off near downtown Chicago and they called the firework a "bomb."

A bomb?  Hardly.  You can't light off the big fireworks anymore.  Kids can't play with toy guns anymore without the risk of being killed by a vigilant or police officer.  A first-grade boy was arrested and taken down to the police station for pointing a chicken finger at his teacher and saying "Pow!"  Another kindergarten boy was charged with sexual harassment for lifting the dress of a fellow classmate.  Have we lost our marbles in society?  Yes, apparently so.  Kids can't even draw pictures anymore.

Kids draw guns and people getting hurt, that's what they like to do.  Children like gummy worms and rubber spiders, and all kinds of gross stuff.  The PSYCHO-logists have brainwashed society into believing that there is something wrong with such children.  Regardless of what they claim, children across America are being psychologically evaluated for simply being kids.  I remember when mass murderer Jeffery Dalmer's father was interviewed.  The father said that his boy used to like to play with dead animals.  Big deal, boys do that.

I knew a man who shot a deer while hunting.  He cut off the deer's head and placed it up on his garage roof to rot (so months later he could retrieve the deer skull for a souvenir).  Was he mentally deranged?  No, he was your typical country guy.  I wouldn't have done it, but that's me... having grown up in the big city (I'm not a hunter).  Many people in the cities of America thinks guns are evil and food comes from the grocery store.

Well, it doesn't work that way folks.  Children are increasingly being forced to grow up in a JUNGLE, a jungle of paranoid and misinformed adults who have lost touch with reality.  It is a jungle out there!  Sadly, parents need to educate their children to be very careful what they do and say nowadays (or some nut case may go ballistic and turn them into the authorities for being a kid).

WHITMAN, Mass., Aug. 11 (UPI) -- The parents of two boys in Whitman, Mass., are upset their kids were arrested and shackled by police for illegal skateboarding.

The parents say the boys were shackled before being taken to a juvenile court, the Boston Herald reported Wednesday.

"It's absurd," Stephanie Saltzman said. "My son is 12 years old and all he was doing is skateboarding. I mean, you gotta be kidding me."

Saltzman's son, Josh, and 14-year-old neighbor, Ryan Maxwell, were arrested last week when a police officer caught them skateboarding on a street.

A town bylaw prohibits using skateboards or other devices to "coast or slide" along public streets.

Town officials did not comment but said police would not arrest kids unless their actions were more severe. The arresting officer declined comment.

The boys said they were only skateboarding in front of their homes and they complied with the officer without protest.

The boys have been ordered to perform 15 hours of community service before Nov. 1.

BALTIMORE - Gerard Mungo Jr. starts to cry when he tells the story of his arrest by the Baltimore City police. Since he was handcuffed, photographed for a mug shot and fingerprinted Tuesday afternoon — all for allegedly sitting on a dirt bike on a sidewalk — Gerard said he is afraid to talk about it.

“They scared me,” he said, before breaking down in tears.

Gerard, who just turned 7 in February, was pulled off the dirt bike he sat on — with the motor off — by police while waiting for his father to pick him up in East Baltimore, according to his mother, Likisa Dinkins. Dinkins said she was incensed after the police pulled Gerard up by his collar and dragged him off the bike.

Seven-year old Gerard Mungo Jr. sits back on his living room couch after telling the story of his arrest by the Baltimore City Police Department.

“I told them to let go of my baby,” she said. “Since when do you pull a 7-year-old child by his neck and drag him?

“It broke my heart the way they were treating him.”

Dinkins said she called for a police supervisor to intervene, but after he arrived, Dinkins said, he started scolding her son.

“The started yelling at him, ‘Do you know what you did wrong, son?’” she said. “He was so scared he ran upstairs.”

After police confiscated the dirt bike, Dinkins said, the police said her son was under arrest.

“They put his hands behind his back and put him in black metal handcuffs. They handcuffed a 7-year-old child,” she said. “I cannot believe they did this to a child.”

Gerard was brought to the Eastern District station house, where he was cuffed to a bench, then interrogated, he told The Examiner.

“They asked about my mother,” he said.

Charging documents state that Gerard was charged with riding a dirt bike on city streets. He was released into the custody of his parents after being fingerprinted and photographed.

Mayor Sheila Dixon said she was concerned about the arrest.

“I am very concerned about what I am hearing. As a mother and as a parent, I am bothered by it,” she said. “I will get to the bottom of this.”

Police officials said they did not have enough information on the arrest to comment before press time.

Dinkins’ only concern is for her son’s well-being.

“This has changed his life,” she said. “He’ll never be the same.”

Is Your Family Next?